The county government through the department of Social Welfare in conjunction with National Council of Persons with Disabilities (NCPD) yesterday carried out an exercise of taking measurements of amputees who require artificial prostheses, an orthopedic procedure known as cast taking.

The exercise took place at Kapsabet County Referral Hospital’s orthopaedic section where over 30 clients were served.

Social Welfare Chief officer Philip Towett said getting artificial prostheses will enable persons living with disabilities to move with ease as they go about their daily activities.

Towett who was overseeing the exercise added that the county government of Nandi is coming up with a bill that seeks for funds to economically empower PWDs.

The Chief Officer said that the exercise was important because it offered an opportunity of getting a data of those who have been amputated across the county. 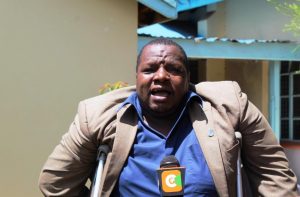 Melly pointed out that though the upper limb prostheses can be imported, they are costly.

Yesterday’s exercise is part of the event which took place in December last year which saw a good number of PWDs benefit from assistive devices and mobility aids including wheelchairs, tricycles and special seats for children. 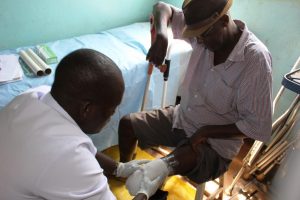