To be a world Class Constitutional Body in the provision of a globally competitive Human Resource that serves the needs of Kenyans.

He later joined the for his Undergraduate University of Nairobi where he graduated with Barchelor of Education Science Degree.

Proceeded to Moi University for his MED in Leadership Policy.

He has undergone other several short courses training suc as:

Samwel too has served in numerous instituitons as a High school Teacher at RVT High School where he rose to the ranks of Principal at Nakuru,Nandi and Uasin Gishu Counties.

He has also served as a principal at Mosoriot and Kericho Teachers Training Colleges.
During his tenure as college principal, he was appointed the Chairperson Kenya Teachers Colleges Sports Association where he served for 9years

He was also the Vice Chairperson Kenya Music Festivals.

Samwel is Married to Mary J. Too with children

He is a Church elder and his interests are preaching and Community service.

He was born in Born 1980 in Mosoriot Nandi County

He proceeded to Moi University for his MBA in Strategic Management.

He is currently persiung his PHD at Moi University.

Jacob is a Member of several Professional bodies such as KASNEB.

He is also a Certified Public Secretary (CPS) and a full member of Kenya Institute of Management.

He is also a Member of several Business Bodies Kenya National Chamber of Commerce and Industry-KNCCI, KIA and CIB

Jacob has worked at Agricultural finance Corporation as a Credit Officer and rose through the rank of Credit Manager to Branch manager at the Corporation’s Kapsabet, Turbo, Nanyuki, Kabarnet and Kitale branches.

While he was being appointed to be AFC’s Regional manager, he was at the same time appointed in  the County Government of Nandi as Chief Officer Trade, Investment and Industry which he took.

In November 2017   he was appointed Chief Officer Roads and Infrastructure

April 2018 he was appointed the Secretary of the Nandi County Public Service Board.

Born 15 February 1953 in Aldai Nandi County went to Koyo primary. School then to Kapsabet Boys.  He joined Miami University- USA where he studied Economics and later to USA Boston University for Master’s Degree in Public Health.

He has worked at the Ministry of Planning as an Economist, Ministry of Education, Office of the president and Labour Ministry and later at the National Council for Population and Development where he retired as a Director.

He has also served as BOM Chairperson in several schools

Chepsiror is Married with children

His interests are in  Community Service and is a Devoted Christian

She went to Soba-River Primary School and later Chepterit Girls for O and to Asumbi Girls for A level. She later went to the University of Nairobi for her undergraduate degree and Moi University for an MBA.

She has worked a director at the Kenya Burea of Statistics where she also served as a Member of the audit, Human Resaurce, Technical and Standards commitees. And as Human Resaurce Manager at Telkom Kenya.

Mary is married to Raymond Simat and are blessed with children 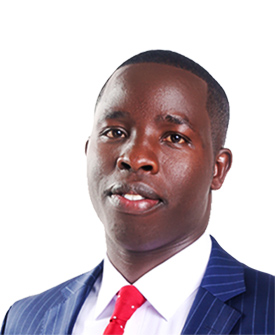