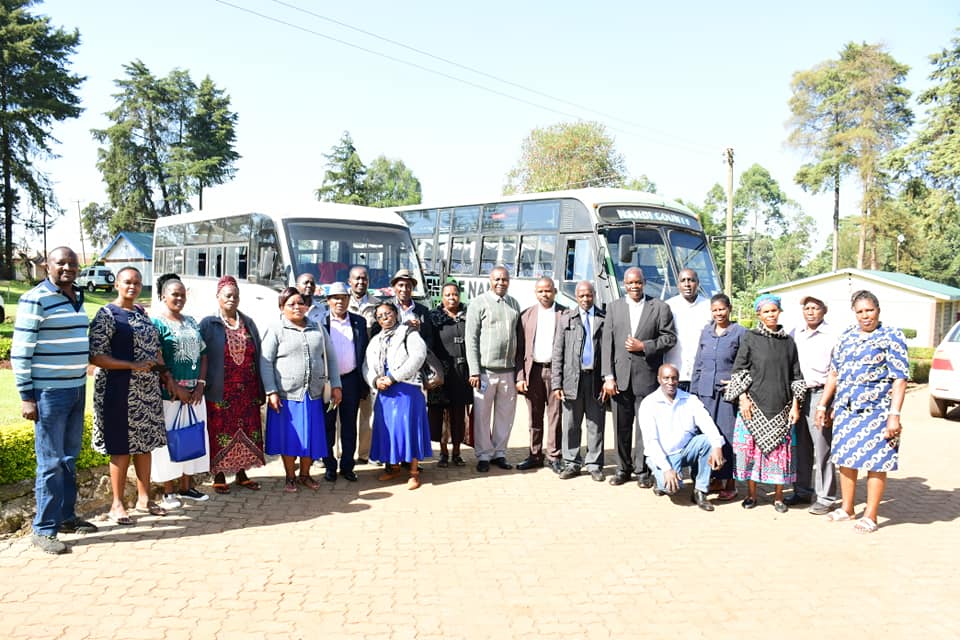 A group of farmers from Makueni County have concluded a three day Agricultural Education Tour of Nandi County. The group of 20 farmers visited various farmers cooperatives, farms and county projects across the county during their bench marking visit.

According to the team leader retired Major Mwania, the trip which was organized and sponsored by the County Government of Makueni in partnership with KENAFF was aimed at helping farmers gain a better understanding of agricultural production and to learn from the best how Farmers’ Cooperatives Societies (FCS) are managed and organized under one umbrella body such as the Nandi Dairy Farmers Cooperative Union, NDFCU.

“We felt that this tour was important for two reasons; the need to have a deeper understanding on Agricultural production and secondly how Farmers’ Cooperatives can be well organized and strengthened.” said Mjr. Mwania.

The team was received to Nandi County by Chief Officer for Agriculture Mr. Wilson K. Lelei who appreciated the team for choosing to come and bench-mark in Nandi. He challenged the visiting farmers to maximize the opportunity presented to them and ensure they go back home more knowledgeable than they came.

The team lauded efforts by the County Government of Nandi of supporting farmers especially through extension services, capacity building and for well thought out projects/programmes such as Nandi Cooperative Creameries (NCC) and AI Subsidy Programme promising to send more farmers from Makueni to learn and Benefit. #TransformingNandi