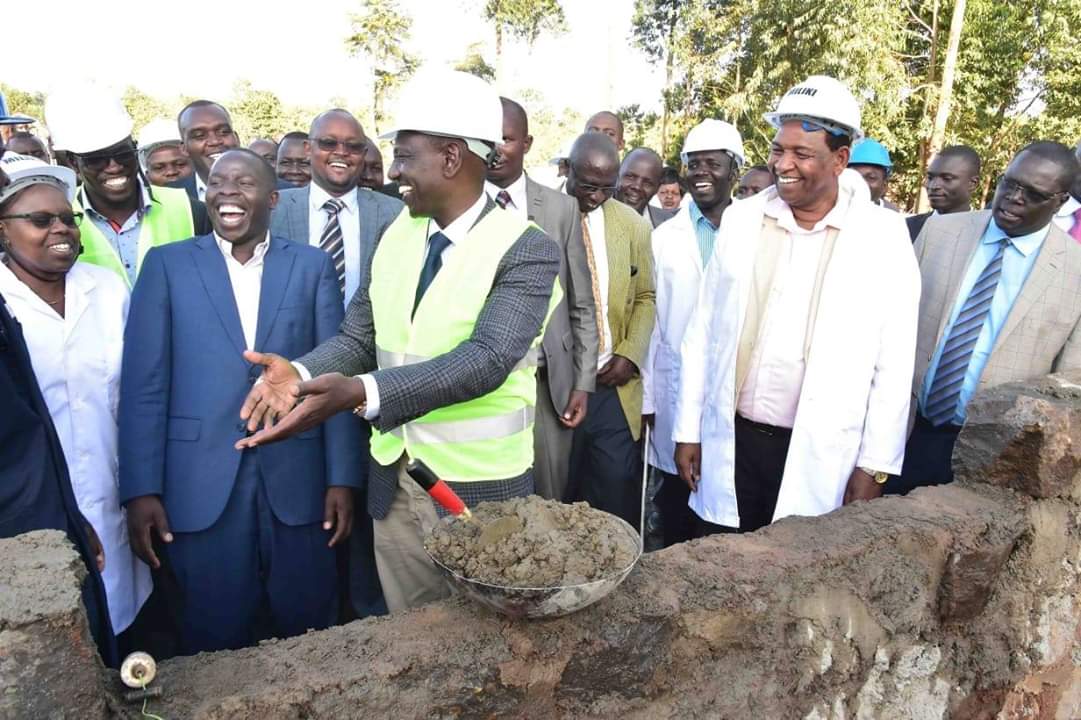 Deputy President Dr. William Ruto on Friday laid a foundation stone for the first ever Farmer Owned Milk Processing Plant to be constructed by a County Government

Nandi County will be the first County to construct a Milk Processing Plant that will help dairy farmers in value addition by processing and packaging their dairy produce.

The Plant is located in Kabiyet area, Mosop Sub County, an area that leads in Milk production within the county.

During the event, Nandi Governor Stephen Sang said that his administration was committed in delivering his promise to the people of Nandi.

“We campaigned on a platform of changing the lives of our people by initiating development projects that would directly benefit them. The Milk Processing plant that we promised to deliver will go a long way in helping our dairy farmers” Sang said.

Dr. Ruto lauded the county’s development record saying that Nandi was one of the model counties which Devolution has worked.

“We laud the County Government of Nandi for the good work it is doing. Nandi is one of the model counties where we’ve seen the fruits of Devolution”

Nandi is one of Kenyan counties that is considered the breadbasket of the country with a majority of its residents engaging in Agricultural activities.

It is estimated that Nandi produces thousands of milk per year with about 90% ending up in the informal market. #TugaTai #TransformingNandi