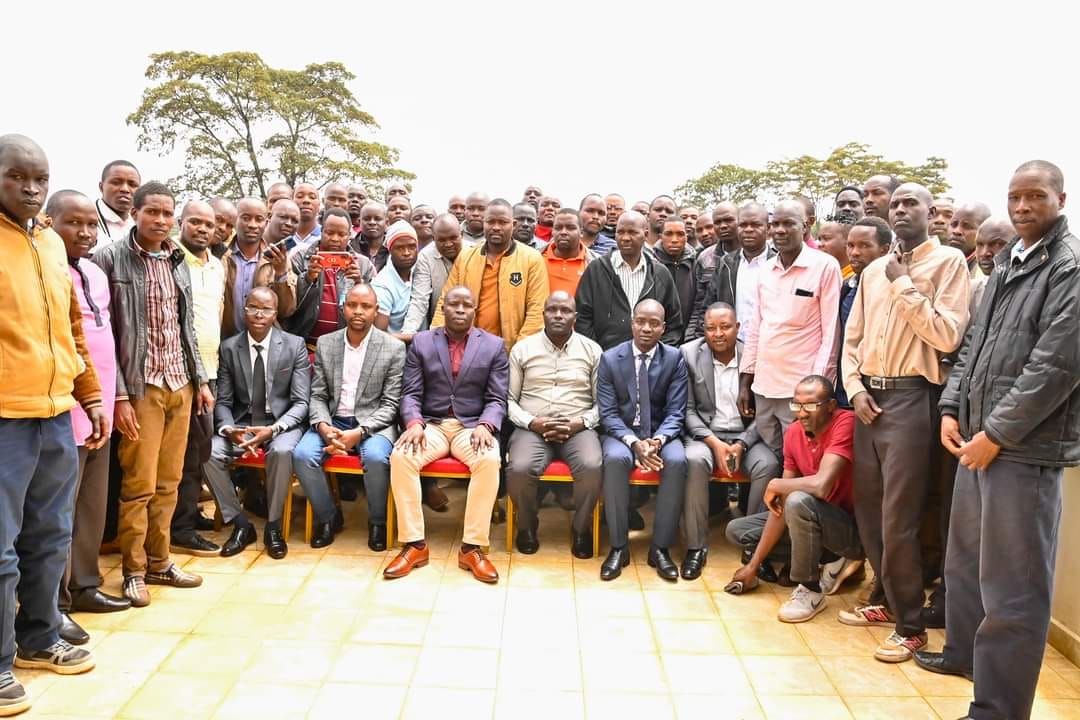 The Boda Boda sector in Nandi County has greatly increased employment for youth and has significantly contributed to the growth of the country’s economy. The County Government of Nandi has pledged to support the sector through various initiatives.
Governor Stephen Sang, EGH has emphasized the importance of forming and joining Sacco’s during a meeting with sector leaders, as it is the most secure way to access government support.

He added that, collection of revenue is key in running government projects and hence agreed with the sector leadership on resumption of bodaboda stickers, as it will also enhance sanity in management of the sector.

The county has 25 designated bodaboda stages in Kapsabet town and each has a unique numbering system. A colour coding system was also used previously to distinguish operators in different sub counties.

Nandi CECM for Trade, Tourism, Industrialization and Enterprise Development CPA Alfred Lagat assured the riders that the department will provide them with office space for easy coordination and management. He also urged the operators to form associations and take advantage of government machinery offered to such associations through MSEA. In addition, Loan schemes including the enterprise fund will also be established to boost up the sector.

Other issues that cropped up during the meeting including security and street lights were addressed by CECM Administration, Public Service and ICT, Isaiah Keter who assured the operators of full support in their welfares.
Traffic police officer, Ms Linda urged the operators to observe traffic rules citing that with strict adherence to law, the number of accidents will go down by far.