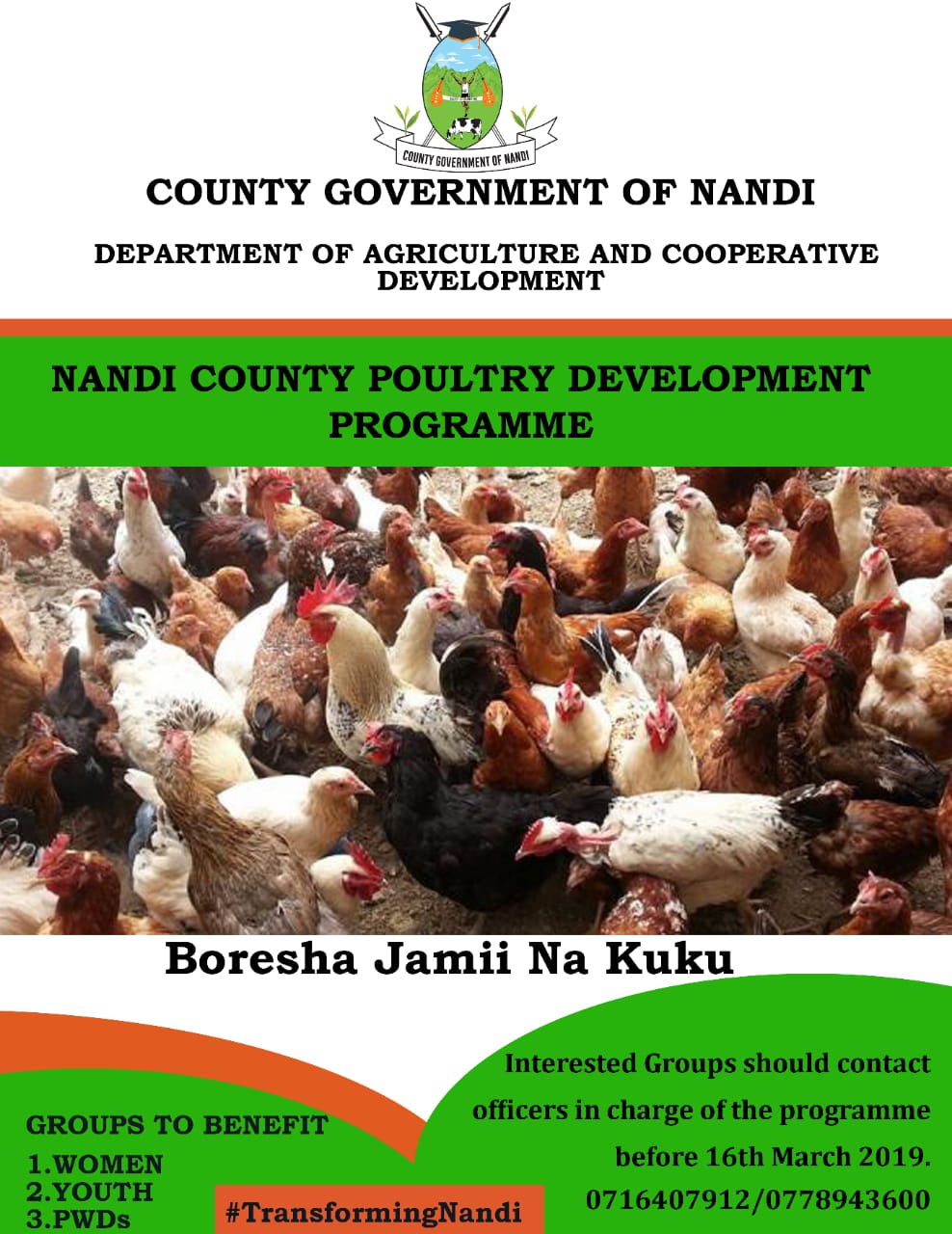 SUPPORT TO POULTRY FARMERS IN NANDI KICKS OFF.

Youth, women and people living with disabilities practicing poultry farming will receive chicks from the county government. Supporting this value chain is aimed at ensuring these special groups earn a decent livelihood.

The program which will be rolled out for the second time  after another successful distribution of 15,000 chicks in the previous financial year will see an increase in the number of beneficiaries from the previous 15 groups to more than 50 groups based in the County with  more than 200,000 chicks.

According to the Chief Officer In charge of  Social Services Philip Towett, The County Government is calling for proposals from the Three categories interested in County Government’s support.