Mudslides has become rampant within the areas of Tinderet Sub-County due to the above normal rainfall currently experienced coupled with poor land use management along the escarpments.

In this regard the Chief Officer Agriculture, Livestock and Fisheries- Wilson Lelei together with County Head of Disaster Management- Lorrine Cherono visited Kabiemit Sub-Location in Songhor/ Soba Ward where five (5) farmers had their land adversely affected by mudslide and crops destroyed.

The team assessing the affected area

Mr Lelei advised farmers to venture into planting of fruit trees and cover crops as an alternative source of income. Ms Cherono further encouraged them to plant environmentally friendly vegetation so as to maintain greenery and hold the soil along the slopes. 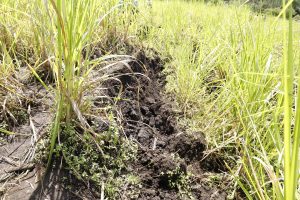 A section of Land affected by the mudslide

Further to this they joined the Chief Officer for Transport and Infrastructure-Jonah Biwott and other well-wishers who donated maize and clothing for relief support to the people of Taptengele Location who in the recent past have been victims of mudslide. 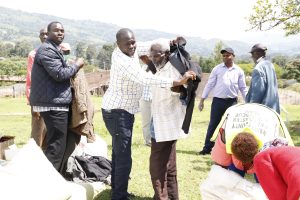 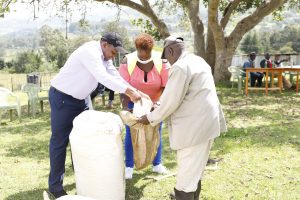