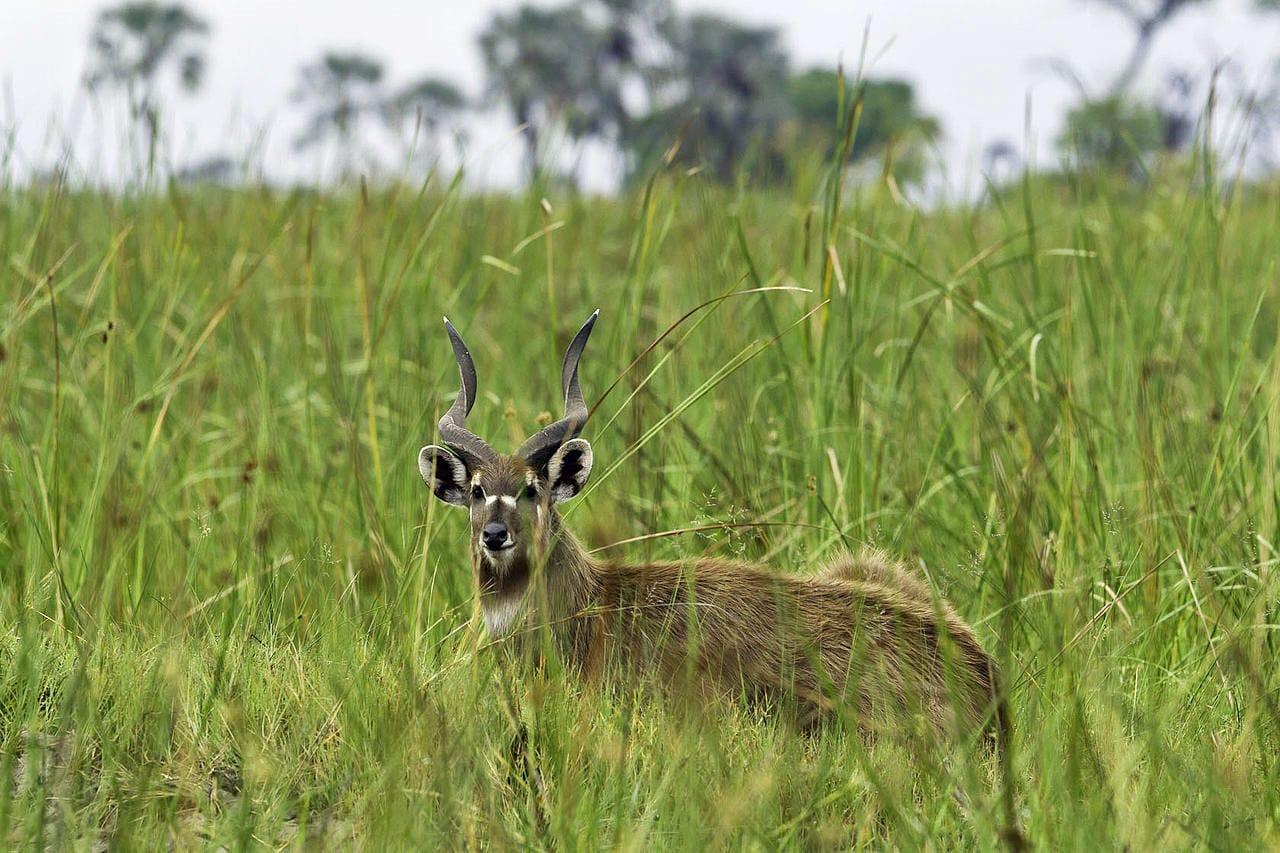 Did you know there exists an underwater antelope? The Kingwal Swamp in Nandi County is home to the Sitatunga, (Tragelaphus Spekii) the rare endangered semi-aquatic antelope that is confined to Marshy and swampy habitats. Kenya has about 100 Sitatungas.

Sitatunga are unique in that they like to live in swampy areas with thick grass and reed beds. They make trails through swamps that lead to clusters of reeds where they can sleep. Their coat is oily and water repellent and with the elongated and splayed hooves they can walk on submerged vegetation and outrun danger in the swamps.

They are good swimmers and their escape when in danger, is underwater. Their lifestyle is basically sedentary although occasionally the do leave the swamp after dark to browse. Habitat and wetland loss are the greatest threat to Sitatunga as well as changing water levels as this has a direct effect on their diet.

However, the endangered species is at the brim of extinction occasioned by human encroachment brought about by pressure from the high increase in human population. Besides degradation of the wetland, the livestock, and at times dogs that accompany herders, disturb them. On the other extreme, flooding has resulted in displacing Sitatunga

According to Anne Tek of Kenya Platform for Climate Governance, who grew up and schooled in Kingwal Primary early 1990s, the area used to be a breathtaking site with large numbers of Sitatunga and Crane birds moving around.

She says the rare antelope species is continuously being displaced from its natural habitat as water levels increase in wetlands due to heavy rains. The trend is exposing the antelopes to the dangers of stray dogs and are also likely to cause conflicts with communities neighboring wetlands over destruction of food crops.

In a meeting that brought together stakeholders in the climate change sector including the civil society organizations in the Noreb Bloc counties, calls to protect the endangered species and Kingwal swamp has heightened.

The County Government through the Department of Lands and Environment will collaborate with Community Based Organization to improve the current status of the wetland and its sustainable management by enhancing local participation in biodiversity conservation initiatives, initiation of public education and awareness campaigns, integration of traditional and modern knowledge system of biodiversity conservation, reforestation and provision of alternative sources of income for the local population.