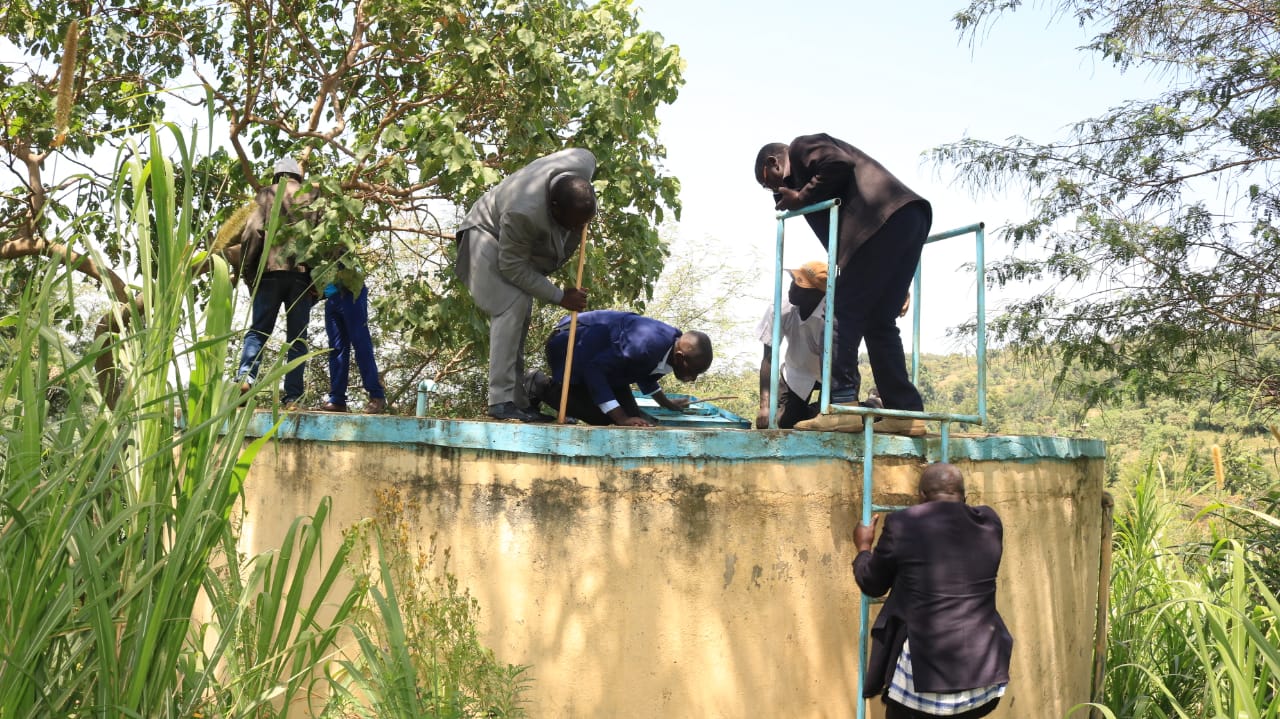 Water is the most essential commodity in every household and for this reason the county government of Nandi is keen to deliver promises made to its residents of providing them with clean water close to them.
The government has done countless water projects which have so far been completed. In the financial year 2017/2018,more than 70 projects were done which are currently operational; Mosop sub County 14,Emgwen 8,Tindiret 16,Chesumei 12, Nandi hills 12, Aldai 9.  In addition to that over 40 projects have been completed in the financial year 2018/2019 while 42 are  ongoing.

This reaffirms the government’s commitment in delivering to the people of Nandi.  There are however some projects that are yet to begin because the owners of the land within which the water catchment area sits on denying people around them water.

The CECM later held a consultative forum with the resident who thanked the county government for helping them get clean water. They however requested that clearing, cleaning of the tank and fencing of the area be done for them to continue enjoying the clean water.