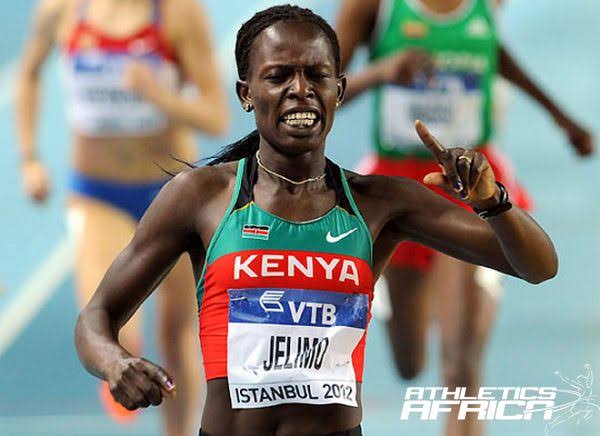 The greatness of A people is manifested in their sports excellence. True to its slogan, “The source of champion”, Nandi County is known for producing gallant Legendary men and also women who are heroes in a wide range of sports from field events to athletics.Women are part of the large sports excellence in Nandi and its story cannot be completed without them.

Pamela Jelimo, a great woman who hails from the rural Nandi County has dared to challenge the wold of sports through her splendid and unheralded prowess in athletics. She is a record holder of many world marathons including being the first Kenyan woman to ever win gold medal in Olympic games a great inspiration to the underrated women excellence in sports.

She achieved a feat by winning the Beijing marathon at an early age of 18. 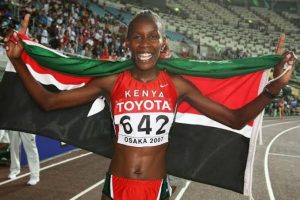 Janet Chepkosgei during a win in the 2012 Olympics

Another woman close to Jelimo is Janet Chepkosgei, a legend in her own right who has smashed and set records all over the globe and her name is well engraved in the hearts and minds of athletics lovers . Her historical win in Osaka, Japan Olympics is unforgettable where against all odds, she emerged the winner beating her competitors who are seasoned runners.

Women Athletes represent many other sports in Nandi who have showcased their talent to the world. The county government supports such talents especially among women and motivate them to fully flex their potentials and soar and climb the ladder of athletic excellence. Empowerment of sports women shows the government’s commitment to support them.

Athletics is not the only sport that women in Kenya and Nandi excel .Nandi has produced many unsung heroes who have gone international to become professionals in their careers. The county government has always intended to help sports women in molding a career out of a sport. It is slowly realizing this by establishing a sports camp where they can be mentored. 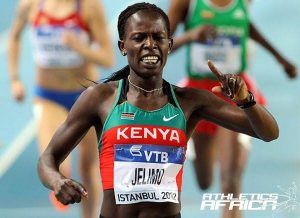 Pamela Jelimo celebrates her win during the 2012 Olympics games.

The county has lived up to the spirit of creating heroes out of talents and capabilities of its population. Women who had been previously overlooked are now seeing the light and their stars continue becoming brighter as they aspire to be counted among legends of sports. Surely, sports is the undisputed heritage of the people of Nandi men and women.