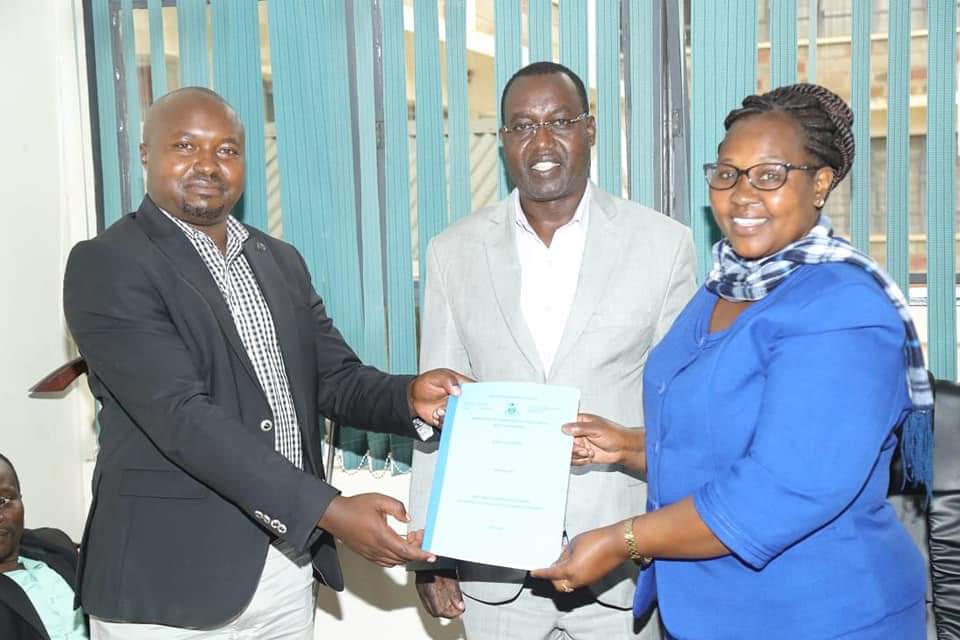 CHANGE OF GUARD IN THE DEPARTMENT OF ADMINISTRATION, PUBLIC SERVICE AND E-GOVERNMENT.

The department of Administration Public Service and e-Government welcomed Eng. Drice Rono who will be the acting CECM. This comes in following the secondment of the former CECM Teresa Morogo to Koitalel Samoei University College as the Deputy Registrar- Administration. 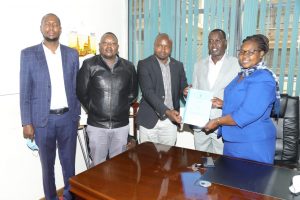 In her address during the handing over, the outgoing CECM, Ms Morogo expressed her gratitude for the opportunity given to serve the people of Nandi. On the other hand, Eng. Rono pledged for diligence in discharging his duties to the people of Nandi.

The County Secretary, Dr Francis Sang, who witnessed the handing over, appreciated Ms. Morogo for the good work done. He further called upon the department and the citizens to support the incoming CECM for effective service delivery and governance. 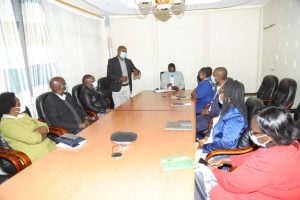