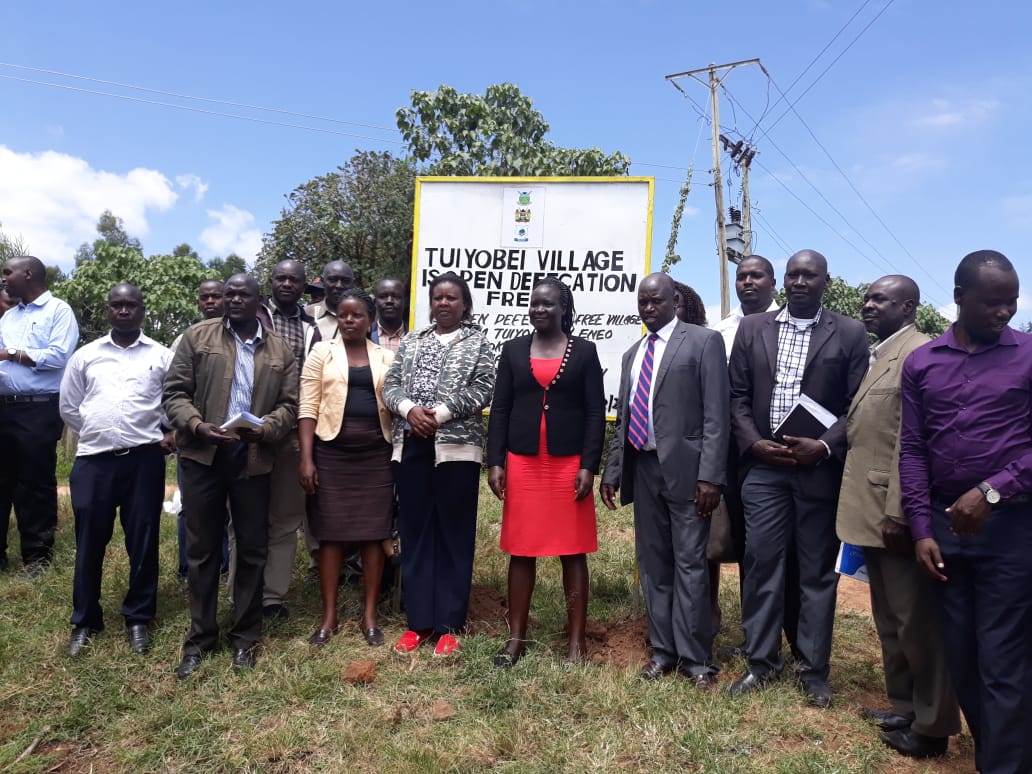 Hygiene must always be observed to ensure diseases are kept at bay. In  villages, open defacation is a health hazard and people can fall sick because the faeces find its way to rivers and other water sources. 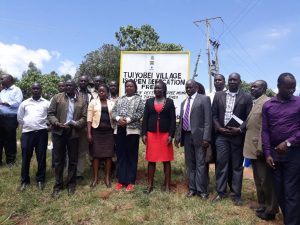 Cheptil today celebrated open defacation free status after satisfying public health officers. The project spearhead by the county government of Nandi and trust fund was funded by the WSTF.

The process involved sensitising the people to have basic sanitation facilities which are toilets with squat hole covers, hand washing facilities which include soap and water and detergents and ash to reduce the smell.

The realisation of this status calls for celebrations in the villages and bill boards have in erected in respect to that. Today water and Natural resources chief officer Sally Kemboi unveiled a billboard for Tuiyobei Village declaring it open defecation free.

Also present was Trust fund director and the village leadership.