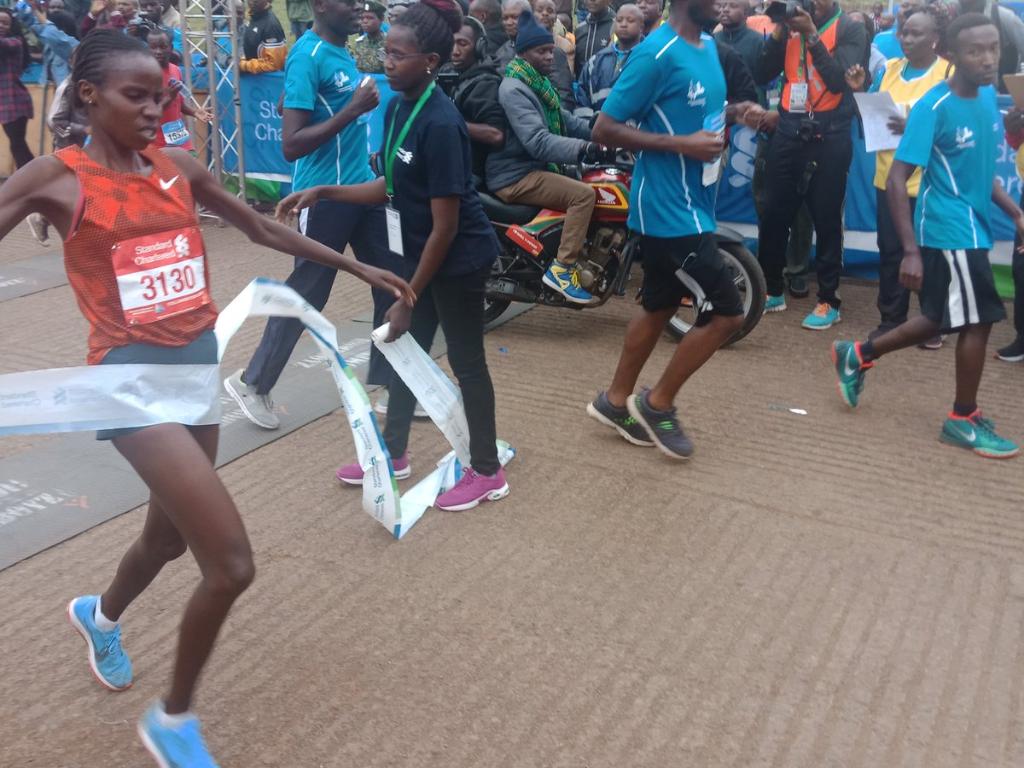 Nandi residents were left basking in glory on Sunday, after the Standard Chartered Nairobi Marathon 2018 produced a master class from her athletes. Not only did Josephine Chepkoech won her first race, but the race was heavily dominated by the Source of Champions names who scooped the subsequent positions 1,2,3,4.

The county government of Nandi sponsored 49 athletes to the marathon. 36 male and 13 female participants. The selection was based on the athletes’ best time and a recommendation from his/her coach.

Chepkoech said this was her first marathon and that she had been participating in road races and 10km races.

“I am very happy. I thank God for helping me win the race. I also want to thank the county government of Nandi for sponsoring 49 of us to participate in this race,” she said.

Nandi CEC for Youth, Sports and Arts Elly Kurgat congratulated the athletes for flying the Nandi flag high in Kenya’s capital Nairobi and gave an assurance of the government’s continuing efforts to find ways to improve the state of sports in the county.

“Little by little, we can fill in the shortfall that you’ve long been enduring. And pretty soon, you feel the dawn of a better times ahead,” Kurgat said.

The initiative of the marathon is to raise funds to help children below 15 years who are visually impaired.

Funds raised are channeled to the initiative dubbed ‘Seeing is Believing’.