The County Government of Nandi through the department of Agriculture and Co-operative Development on Thursday was on mandate to render technical support to members of Apple Sacco Society Limited on their annual delegate meeting. 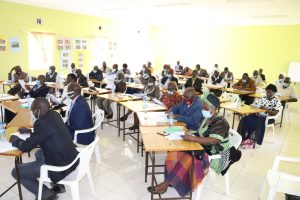 The directorate of co-operative development objectively led in its task to ensure compliance with the provisional co-operative legislations and regulations.

The annual delegate meeting held at Kaimosi Agricultural Training Centre brought together representative members to share insights and ratify decisions made as per the agenda in relation to the development and management of the SACCO. 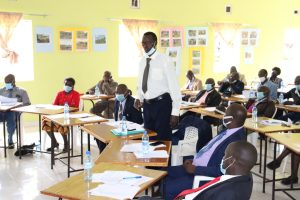 According to the financial statement and report findings for the period ended 31st December 2020, there was 5% increase of revenue while the expenditure was on the higher side at 48%. The increase in expense was resulted to loan provision costs which amounted to a short in the fund reserve of the SACCO.

The deficiency was linked to the difficulty that was the Covid-19 era which saw low uptake of loans and poor repayment of existing loans. 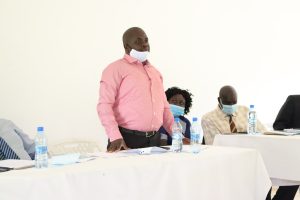 The chairman asked that the County Government continue to hold support as policy makers and legislative compliants to create frameworks to aid in the big menace a contributor to the inviability of co-operative societies that is loan defaulting. He noted that the route of CRB listing takes time and could be a long term cripple to the SACCO asset base. 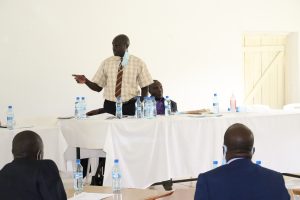 Speaking during the meeting the director Co-operative Development Mr. Stalin Koech urged the delegates to be good ambassadors of their SACCO regulations and be proactive in guiding the members to understand the beneficial value of investing and repaying loans to ensure continuous growth of the society. 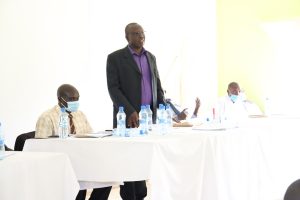 He also informed on the role of the County Government in ensuring compliance of co-operative acts and assured of its continuous support to the development of co-operative societies.

Also present were representatives from Kenya Union of Savings and Credit Co-operatives (KUSSCO) and CIC Insurance who informed on strengthening service delivery to maintain its competitive edge and insuring the society’s asset base respectively. 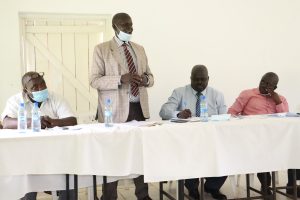