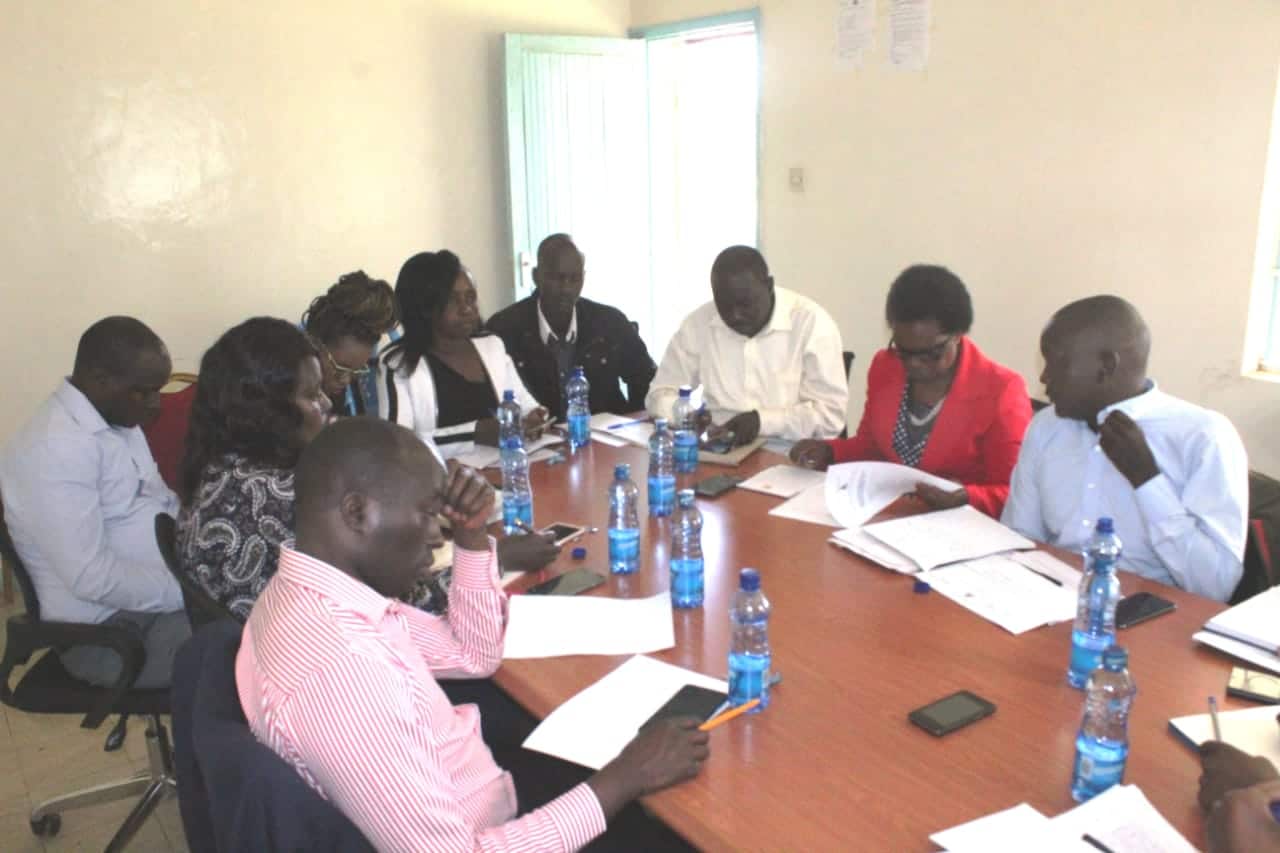 The Nandi County Alcoholic Drinks Regulation Committee tabled reports on application for liquor annual licensing which is part of a process that began in February.

The committee which is made up of the CEC for Trade Investment and Industrialization, Sub County Administrators, Sub County Secretaries and representatives from liquor licensing and control directorate met at the Trade Department boardroom where they discussed reports that were submitted by the Sub county Administrators.

Presenting their reports before the committee, Sub County Administrators said that there is public outcry against existence of bars in their localities. They said that majority of the residents complain that they have lost their children to alcoholic addiction and immorality.

They reported that many children have dropped out of school and indulged in leisure activities such gambling and pool table games which in their view, is brought about by the existence of liquor outlets. They also mentioned the increasing cases of theft and rape which were attributed to establishment of bars.

Other challenges mentioned include liquor sellers bribing the public during public participation exercises to lure them into supporting the existence of alcoholic outlets in their areas.

The CEC Trade, Investment and Industrialization Jacob Tanui agreed that these were indeed serious challenges that need to be addressed immediately. Tanui  noted that Nandi County, like other counties is fighting the production sale and consumption of alcoholic drinks on serious grounds and is not giving up the fight anytime soon.

A good example is Nairobi County which is reported to have proposed a Bill seeking to reduce the number of bars in the city from 12,500 to only 3000 outlets.

The Chief Officer for Enterprise and Industrialization Faizal Mohammed urged the Sub County Administrators to come up with measures that will help reduce Alcohol consumption thus aid in reducing the percentage of alcohol outlets to be licensed, such as enforcement and rehabilitation.

He promised to give them all the necessary support so as to ensure that production, sale and consumption of alcoholic drinks within the county is under control.