The County Government of Nandi has embarked on an elaborate plan of improving health facilities across the county.

This will see a major infrastructure upgrade to transform health services at the Nandi Hills County Hospital.

The construction of a modern hospital complex at the facility is set to commence this month.

The upgrade project is also aimed at increasing bed capacity in other county hospitals among them Meteitei Maternity, and Chepterwai Nyayo Hospital. 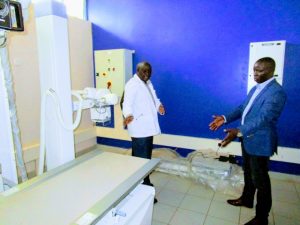 A site handing over for the construction of Meteitei Maternity wing was done today.

Speaking during a working visit of Nandi Hills County Hospital, Nandi Governor Stephen Sang said the hospital was being expanded in order to decongest the Kapsabet County Referral Hospital. 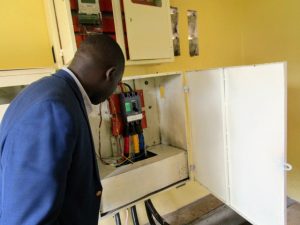 A second theatre at the facility with new operating beds, lights and surgical instruments has been fitted. Installation of modern equipment including digital x-ray, image intensifier is also complete and operational.

“Through the Managed Equipment Services (MES), from the National Government, we have embarked on a major infrastructure upgrade of Nandi Hills County hospital which will be the second largest after the Kapsabet County Referral Hospital,” said Governor Sang. 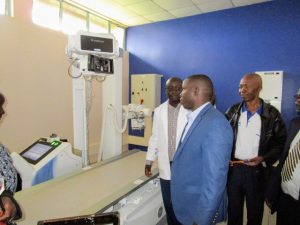 Governor Sang said his administration was alive to the intermittent power supply at the hospital saying a 385KVA generator had been installed and installation of a three phase power supply of 610V rating has been fully fitted at the facility.

The Governor said his administration was committed to achieving Universal Health Coverage in the county.

He added that his Government would also ensure that health facilities were improved to enhance provision of quality healthcare.