At least Twenty four youngsters from seven counties of Nandi, Kericho, Uasin Gishu, Bomet, Makueni, Elgeiyo Marakwet and Nakuru, underwent free transformative cleft lip and palate operations at Nandi Hills County Hospital. Thanks to an initiative by the County Government of Nandi in partnership with BelaRisu Foundation and Smile Train for their dedication to give free medical support to those with the condition. 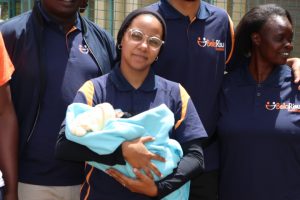 Cleft lip and palate is a condition that occurs when a baby’s lip or mouth does not form fully during pregnancy. It can either be a small or large opening that goes through the lip to the nose, making feeding and speaking difficult.

Two operation rooms were made available at the hospital, with food and other supplies provided to all patients and their families for free by the county hospital. 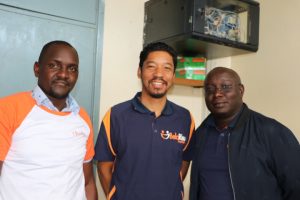 Brenda Jerono from Bomet said she was grateful to both the hospital and BelaRisu for helping treat her seven-month-old boy Brian Kipchumba.

“I feel so glad and relieved, I never believed my son would one day benefit from any surgery, am so happy,” she said. “It feels like such a big burden and weight has been removed from my shoulders thanks to the successful surgery.”

Dr. Joseph Kangor, Nandi Hills County Hospital Medical Superintendent called the experience both a challenging and rewarding one, “I was more than happy to take part because this was for a good cause, helping families who could not financially afford to have the surgery for their children. Seeing the emotional impact on the faces of the parents after the surgery is an indescribable feeling that makes it all worth it,” he added.

“Our surgical program changes the entire course of our patients’ lives,” said Dr. Martin Kamau , CEO BelaRisu Foundation. “And by forming the partnership with the County Government of Nandi, together we are building a powerful legacy of hope and healing that’s contributing to the overall development of the region and beyond.”

For Everline Cherop, a resident of Ndalat Ward, the free surgery changed the course of life for her 9 month old daughter Sandra Chepkemboi. 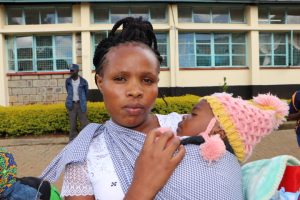 “I have always been very worried about her future and what would happen to her if I didn’t get her the surgery she needs,” said Sandra’s mother, Everline Cherop. “But now, I am no longer worried, my child can put on a smile,” she said. “I thank the County Government of Nandi and the doctors for the free service we received,” she added.

This year, the medical camp saw an increase of beneficiaries from last year’s 19 to this year’s 24.

Clefts are the leading birth defect in many developing countries.

No one knows exactly what the cause of a cleft lip and palate is, but most experts agree that the causes are due to a number of factors which may include genetic predisposition as well as environmental issues such as drug and alcohol use, smoking, maternal illness, infections, lack of Vitamin B, also known as folic acid.