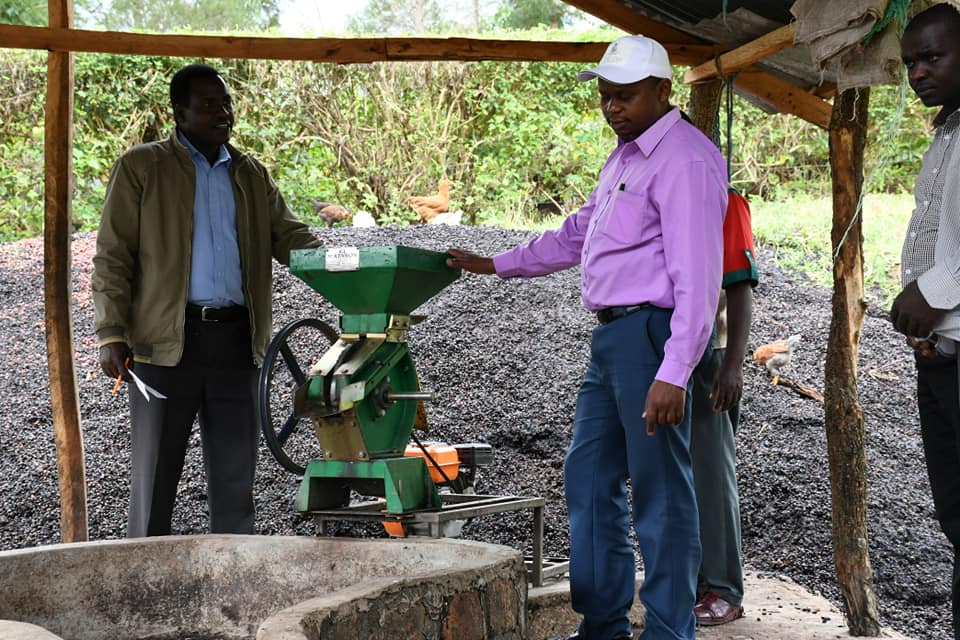 The County Government of Nandi is keen on supporting emerging cooperative societies and self-help groups venturing in agri-business.

Through the county department of Agriculture & Cooperative Development, the new cooperatives get essential support that include the provision of subsidized seeds & fertilizers, seedlings and capacity building. The Department is also helping to revive collapsed cooperative societies across the county.

Besides this, the county department of Agriculture & Cooperative Development is keen on empowering existing cooperatives and is rewarding the best performing cooperatives in the county. Already, a new coffee pulping machine has been allocated to Kapsaos-TaretMoi cooperative for their exemplary performance over the years.

Mr. Lelei discussed in length with the management of Taunet Coffee Cooperative on areas the government can support the cooperative and assured them of government’s unwavering commitment.

Together with other government officials, the CO also attended a special gathering bringing together two self-help groups in the ward namely Kosachmwai which was formed in 2016 and specializes in potato farming and Kertai self-help group, a youthful self-group with focus on agri-business.

The two groups highlighted their achievements and challenges over the short period of operation before the chief officer. They also requested for government support including seedlings, trainings and linkages to development partners.

Mr. Steve Kiprop who accompanied the CO and represented the department of Youth Affairs challenged the members to come up with viable proposals and present them to relevant department for funding saying that the government of the day has a listening ear.

The Chief Officer lauded the two groups for embracing diversification and assured the members of government support to help boost their productivity. “We have partnered with national government through a programme called NARIPG where we will be funding proposals from groups to support their projects” said Mr. Lelei.