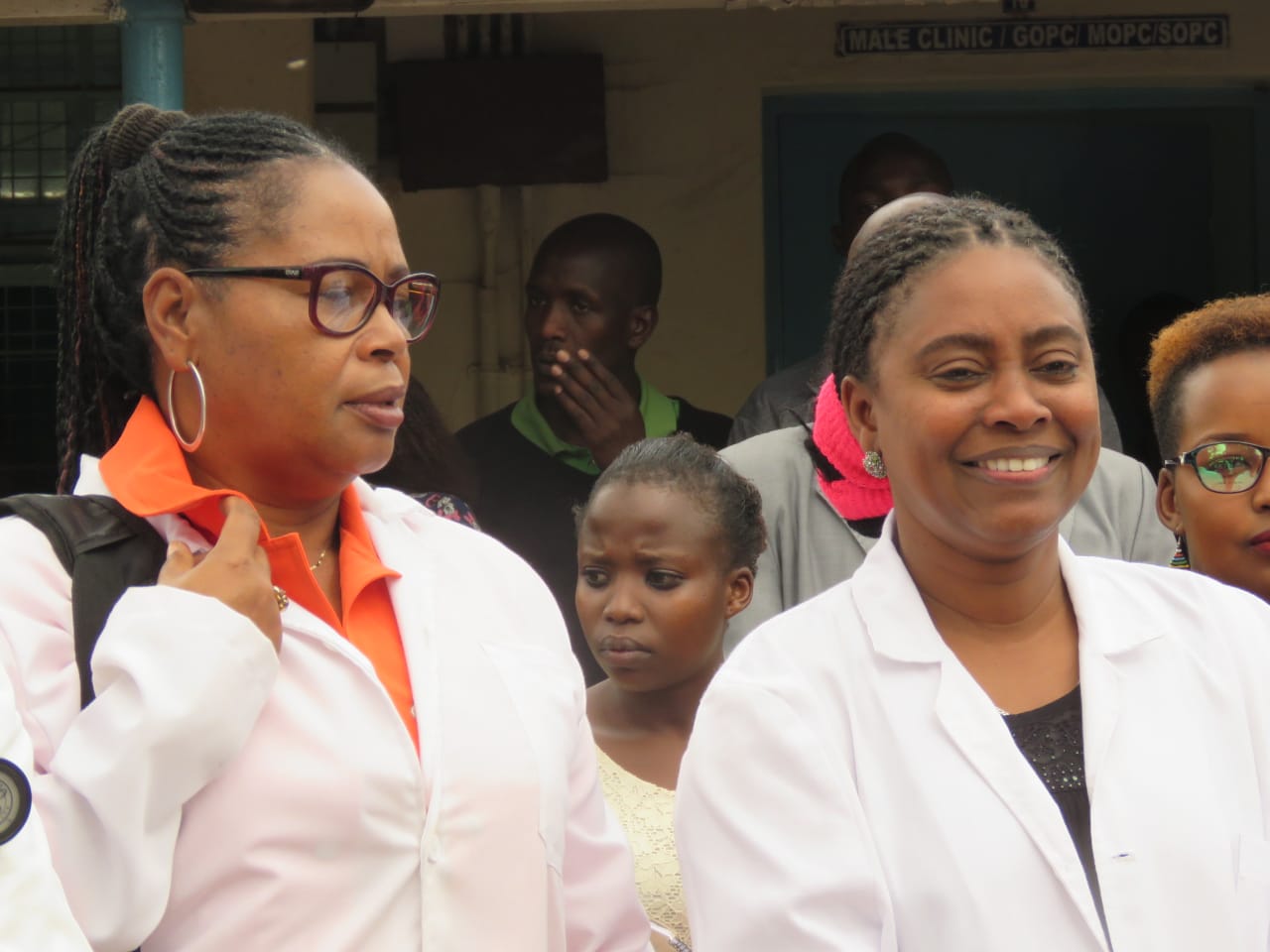 The County Governor H.E. Stephen Kipyego Sang and The Deputy Governor H.E Dr.Yulita Cheruiyot today welcomed two Cuban doctors deployed to Nandi County from the National Government.The doctors will assist the medical personnel in the County in line with the governors agenda of provision of universal,quality and affordable healthcare to the mwananchi.

Dr.Dayana Raley Fernandes,a Radiologist and Dr.Clara Isaak ,a family medicine specialist; are among the 100 specialists deployed to the countries,47 counties.

Addressing the members of the fourth estate,and the Counties medical team when he received the doctors in his office this morning, Governor Sang said that The County Government will jointly work with the neighb oring counties to ensure that the services of the Cuban doctors are utilized in areas where we lack the expertise in our health sector.He added that,the doctors will not be permanently working in the stationed Sub-counties,but will as well draw the services of other Cuban specialists placed at hospitals in our neighboring counties.

Governor Sang also urged the medical officers in the county to work closely with the doctors so as to benefit from the expertise of the specialists as they interact with them in the course of their work.

On her part The Deputy Governor concurred that the doctors will fill the gaps existing in the health department and also ease the work in the hospitals with the rising cases of seasonal diseases.

She added that The County Government has aligned itself with implementation of its key major flagship projects with the President’s `Big Four’ Agenda of Affordable Housing, Better Health Care, Manufacturing and Agriculture to ensure that the residents receive the much needed services without much difficulty.

She stressed on the government’s commitment to equip the health facilities in the entire county with proper and better equipment, drugs as well as rolling out NHIF cover to the elderly and vulnerable members of the community to cushion them from hospital costs.She further urged the residents to adhere to a proper nutrition as we journey to eradicate the high levels of malnutrition in the county.