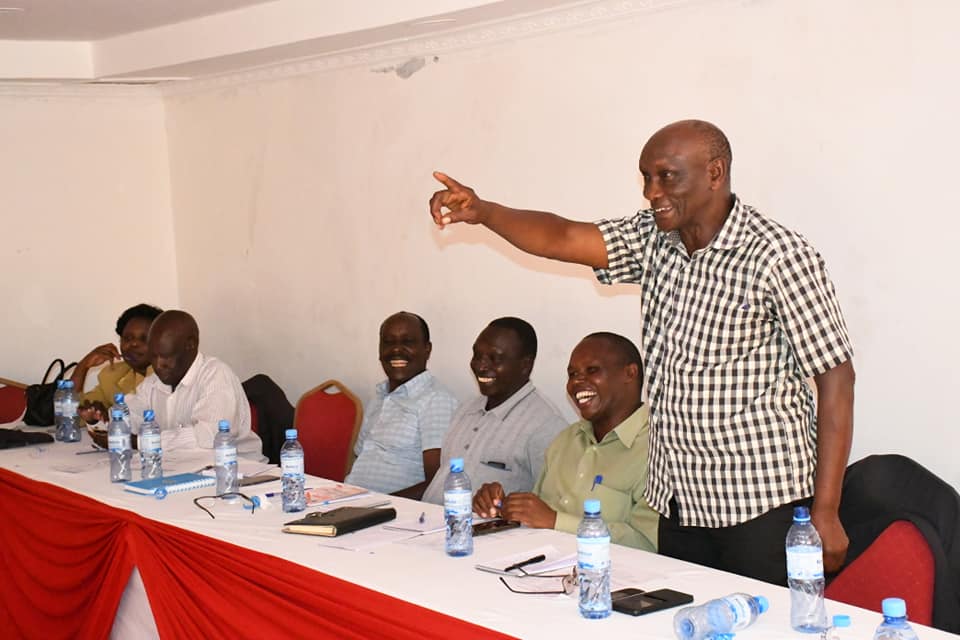 In its pursuit to establish the first farmer-owned milk processing plant in the county, the County Government of Nandi through the department of Agriculture & Co-operative Development has begun to build  Capacity  by training Nandi County Dairy Farmers Cooperative Union board members. (NCDFCU).

The two day workshop whose aim is to accord an opportunity for union’s governing board to horn their manegerial skills and knowledge on cooperative union administration including financial management of their organization kicked off today.

While officially opening the training, CECM in charge of Trade, Investment & Industrialization Jacob Tanui urged the participants to leverage on the opportunity to learn how best they can manage value addition value of their produce to realize maximum profits along the dairy value chain.

According to a report by the co-operative department, the Nandi Dairy Farmers union currently boast of 41 registered primary cooperative societies across the county and enjoy a total membership of at least 50,000 people. The report also indicate that up to 60% of Nandi milk still goes to the informal market, reason why more farmers are urged to join cooperatives and channel their milk through the cooperative societies.

After the workshop, the CO revealed that the board members will formulate strategies on how to mobilize & sensitize primary cooperative societies towards pulling together and achieving the minimum threshold that will sustain the plant.

Dr. Tiony also noted that her department, through cooperates, has rolled out the subsidized AI program, heifer development & breeding programme among other extension services in a bid to boost levels of production.

Also present was the CO Agriculture Wilson Lelei who said that Agriculture department has adequately invested in the dairy value chain saying that one of the strategies that will improve milk production is the ongoing installation of milk coolers in all wards whereby 6 coolers are already installed and are operational.

The construction of Nandi Cooperatives Creameries (NCC) which will be situated in Kabiyet, Mosop Sub-County is currently under the tendering process.