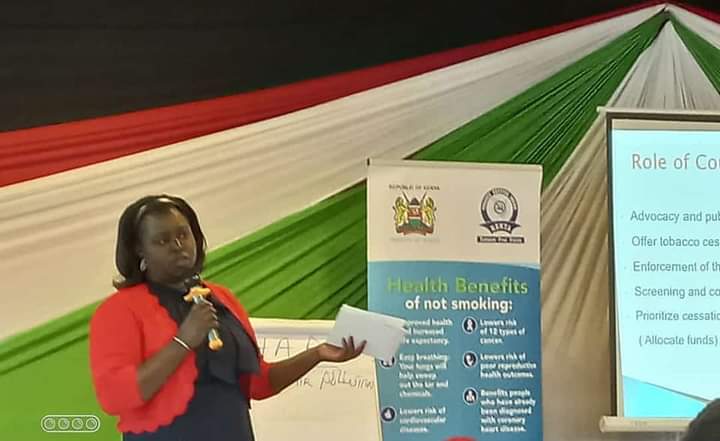 EFFORTS TO PREVENT AND REDUCE TOBACCO USE

A County Level Sensitization forum for key Stakeholders on Tobacco Control was held today organized by the Ministry of Health in collaboration with the Tobacco Control Board. 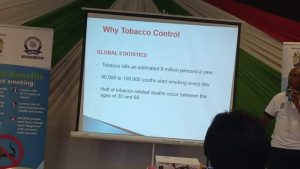 The event was held under the aegis of National Tobacco Control Programme with technical support of the Ministry of Health as a build up to the commemoration of the World No Tobacco Day on 31st May 2022. The World No Tobacco Day is annually marked on May 31 to raise awareness on the harmful effects of tobacco smoking. 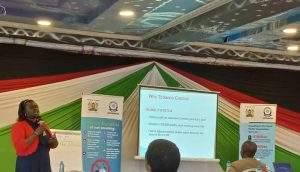 Speaking at the forum, the CECM for Health and Sanitation Ruth Koech said that smoking damages the airways and small air sacs in the lungs. “This damage starts soon after someone starts smoking, and lung function continues to worsen as long as the person smokes. Still, it may take years for the problem to become noticeable enough for lung disease to be diagnosed,” she added. 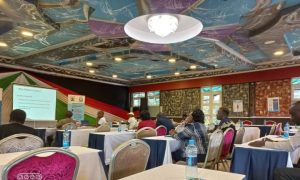 Kenya being a signatory of the WHO FCTC 2003 ratified the convention in 2004; enacted The Tobacco Control Act (TCA) 2007 and the Tobacco Control regulations 2014 to implement and enforce the obligations of FCTC.