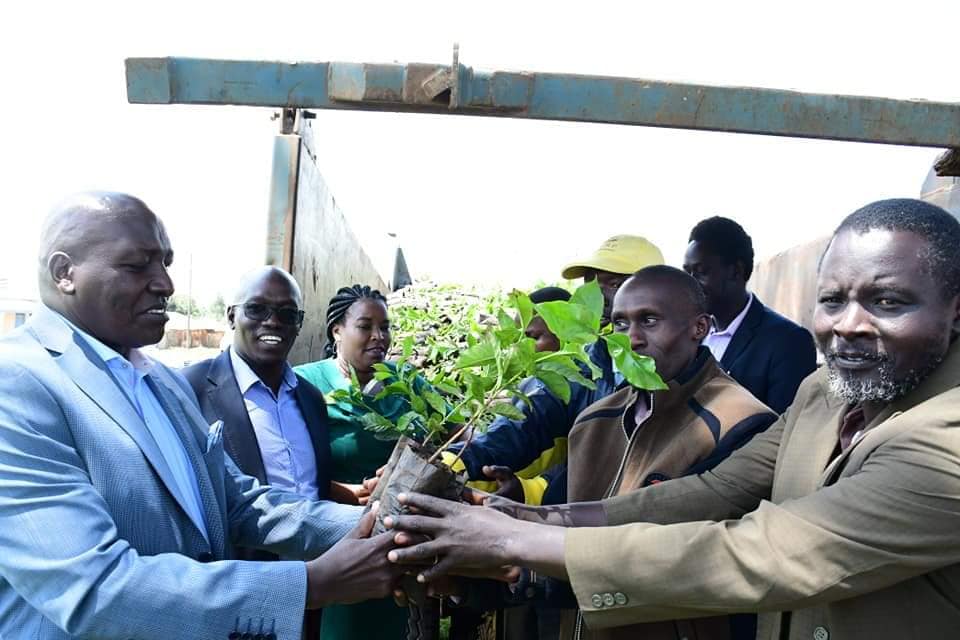 FARMERS IN TINDERET AND MOSOP SUB-COUNTIES GET 20,000 COFFEE SEEDLINGS

Coffee farmers in Songor/Soba & Tinderet wards in Tinderet Sub-County and their counterparts from Chepterwai & Kipkaren wards in Mosop Sub-County are among the first crop of farmers to benefit from the Government’s programme to empower coffee farmers through provision of certified coffee seedlings.

In a bid to boost Farmer’s income and improve on their livelihoods, the County Government of Nandi has embarked on distribution of coffee seedlings. Just last week, farmers in Mosop received 10,000 seedlings and today was turn for Tinderet farmers to receive their share of 10,000 seedlings.

In recent times, coffee has attracted high pay with a lot of demand from the market hence supply from the farmer should increase. In Nandi, coffee is the second most paying cash crop after tea and that is why the government is heavily investing in the crop.

The County Government of Nandi also intends to set up a coffee milling plant in the near future thus the need to increase farmers production of coffee for them to enjoy higher prices and cut on transportation costs when the time comes.

Distribution of coffee seedlings was officially commissioned earlier this month by H.E Governor Stephen Sang during Ushirika Day Celebrations and will continue across the county. This is a move by the County Government of Nandi through the department of Agriculture and Cooperative Development seeking to broaden the source of income of farmers through diversification and cash crop farming.