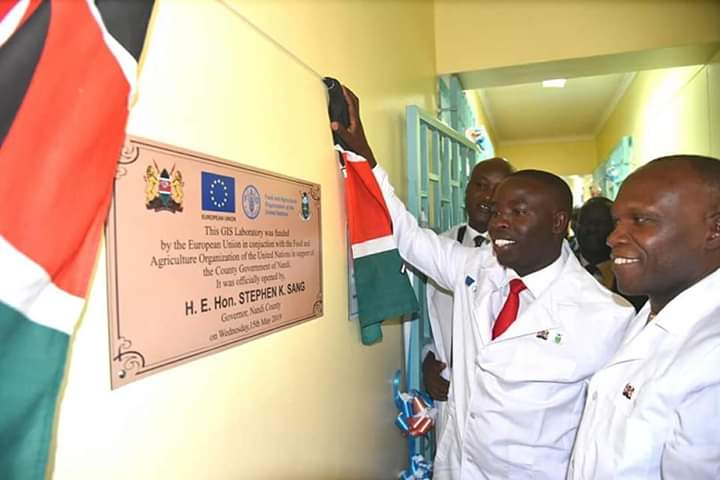 The County Government of Nandi is the Second to launch the Geographic Information System Laboratory, a planning tool that is aimed at presenting Spatial or Geographic data.

Through a European funded program implemented by Food and Agriculture Organization (FAO) and the County Government of Nandi, the GIS LAB will support Inclusive land management and administration, Participatory land use planning, Land policy and legal framework for improved land governance among other roles.

It is important to note that the plans will be implemented by having development control on building plans, Change of use, Extension of use and land Sub division.

Governor Sang appreciated the efforts put in by development partners in ensuring that GIS LAB is established in Nandi. “The recent ruling by National Land Commission that a resurvey of parcels of land held by Tea Estates be done to establish what’s to be held in trust for the community by the County will be done by use of GIS, the launch is indeed timely” he said.

Speaking during the launch FAO Representative Mr. Gabriel Rugalema thanked the County Government for the good rapport created and reiterated the organizations commitment for better engagements, “We have done a great work in Nandi through training, capacity building, development of Policies and we intend to continue supporting Nandi” he added.

“Digitization of land records and justice for Land cases will be well handled at whatever stage as information will be retrieved easily” emphasized European Union representative Mr. Njuru 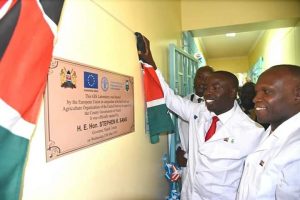