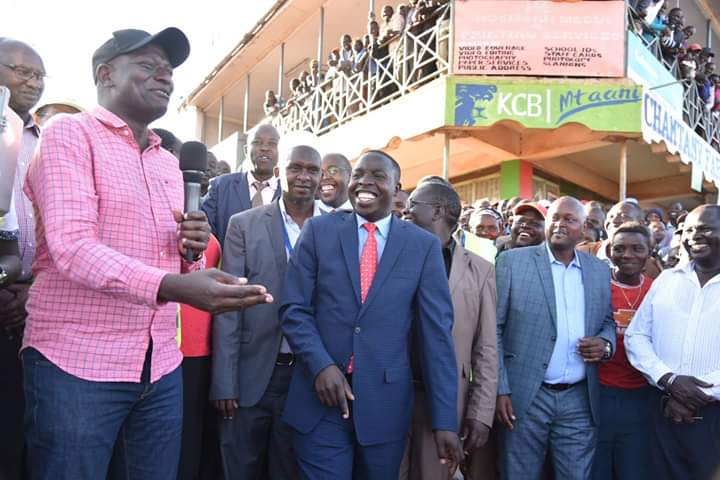 Governor Stephen Sang has called on Corporate institutions, Parastals and Multi-Nationals within the county to up scale their Corporate Social Responsibility initiatives across the county.

While Speaking in Ollessos ward, Nandi hills Sub County during the opening of Ollesos Stima School which was funded by Kenya Power, Sang challenged other institutions to fund projects within the county.

“We laud Kenya Power for their CSR activities in our county. We also want to ask other institutions including Multi-Nationals in our county to emulate this, ” the Governor said. 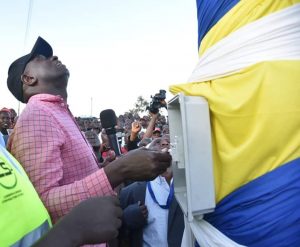 Energy CS Charles Keter powers a street light at Chepterit Centre. The CS said that last mile connectivity will continue across the county until every households is connected with electricity.

He said that his administration was working closely with the National Government to ensure that residents benefit from various projects instituted by both levels of governments.

“In order to ensure that there is enough security and continuity of business activities, we are working ,closely with the National Government in street lighting connectivity in our county”

“The last mile connectivity program in Nandi will continue until every household is connected with electricity,” affirmed Keter.

The CS disclosed that Nandi County was among the biggest beneficiaries of the program and more than 20,000 households have so far been connected to the national grid.

The Last Mile Connectivity Project is a project which is jointly being done by the National Government and the African Development Bank. The program aims to support the Government’s initiatives of ensuring increased electricity access to Kenyans.

Since its launch in 2015, the program has benefited more than 700,000 households across the country.