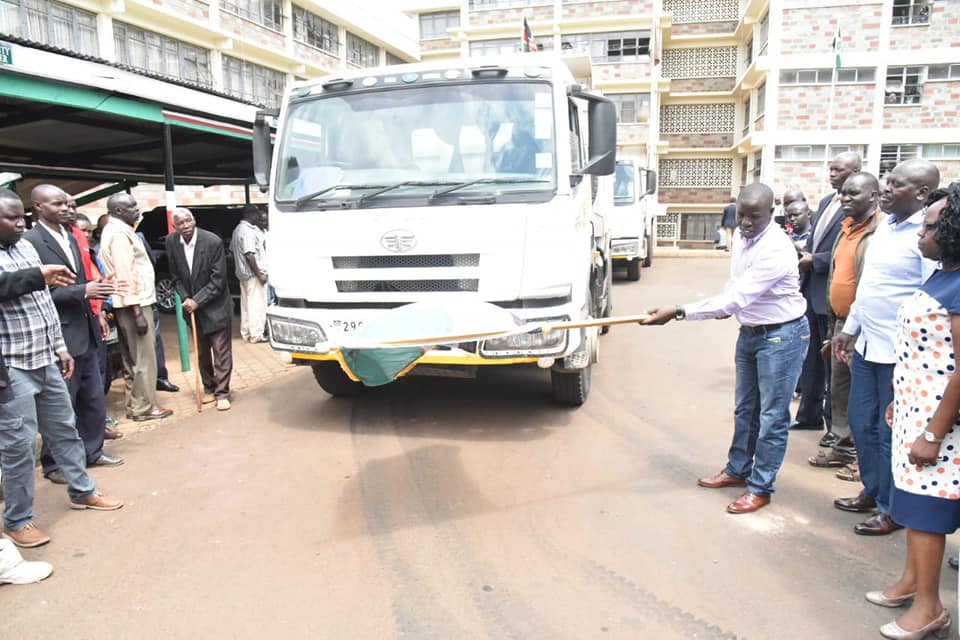 The County Government of Nandi in collaboration with African Agricultural Technology Foundation (AATF) through a Public-Private Partnership (PPP) has today flagged off 30 tonnes of maize seeds to be distributed to identified groups of farmers in all the six sub counties, courtesy of the African Agricultural Technology Foundation (AATF)

County lorries loaded with 30 tons maize seeds moments before the flagging off at the County Head Quarters, Kapsabet.

While flagging off the seeds, the Governor said that his government is committed to ensure that the identified families are food secure for societal economic growth.

This, he says, is in line with his administration agenda of enhancing Nandi county food security after which the administration will focus on high value crops like potatoes, coffee, avocado and tea for income.

Sang said that the mission his administration through the department of Agriculture and Cooperative Development is to transform livelihoods in our county through Agricultural technologies, a Key component in the attainment of Food Security under the President’s Big Four Agenda.

The groups set to benefit through the programme include; the vulnerable, People Living with Disabilities and those living positively with HIV among others.

The certified high quality seeds is for the use by the small holder farmers in the County in support of the food security. The 30 tons of maize hybrid WE1101 is suitable for growing in the mid-altitude areas of Kenya. The County Government also acknowledge David Tarus for his support. #TransformingNandi