Governor Stephen Sang has said that healthcare system reform will continue to remain one of the priorities of his government.

Speaking while on a tour of two hospitals under construction within Aldai Sub County, Governor Sang said the ongoing reforms within the health sector are part of his government’s agenda to revolutionize healthcare in the county. 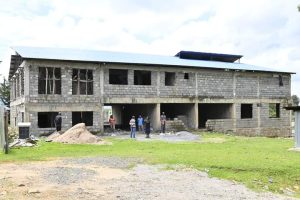 The Governor gave this indication when he undertook an unscheduled inspection visit to the ongoing construction work at the Kobujoi Sub County Hospital and the ongoing theater construction at Serem Health Center.

He said given the priority his administration accords the healthcare, similar projects are currently ongoing in other sub counties.

“Aside from these projects, our government is carrying out construction work in Chepterwai hospital, Kapsabet County Referral Hospital and in Meteitei Sub County hospital. We have already completed Kabiyet Hospital and Nandi Hills Hospitals and are already operational as promised,” he said. 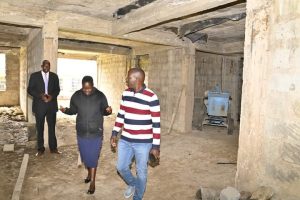 The Governor urged project contractors across the county to ensure standard in their work.