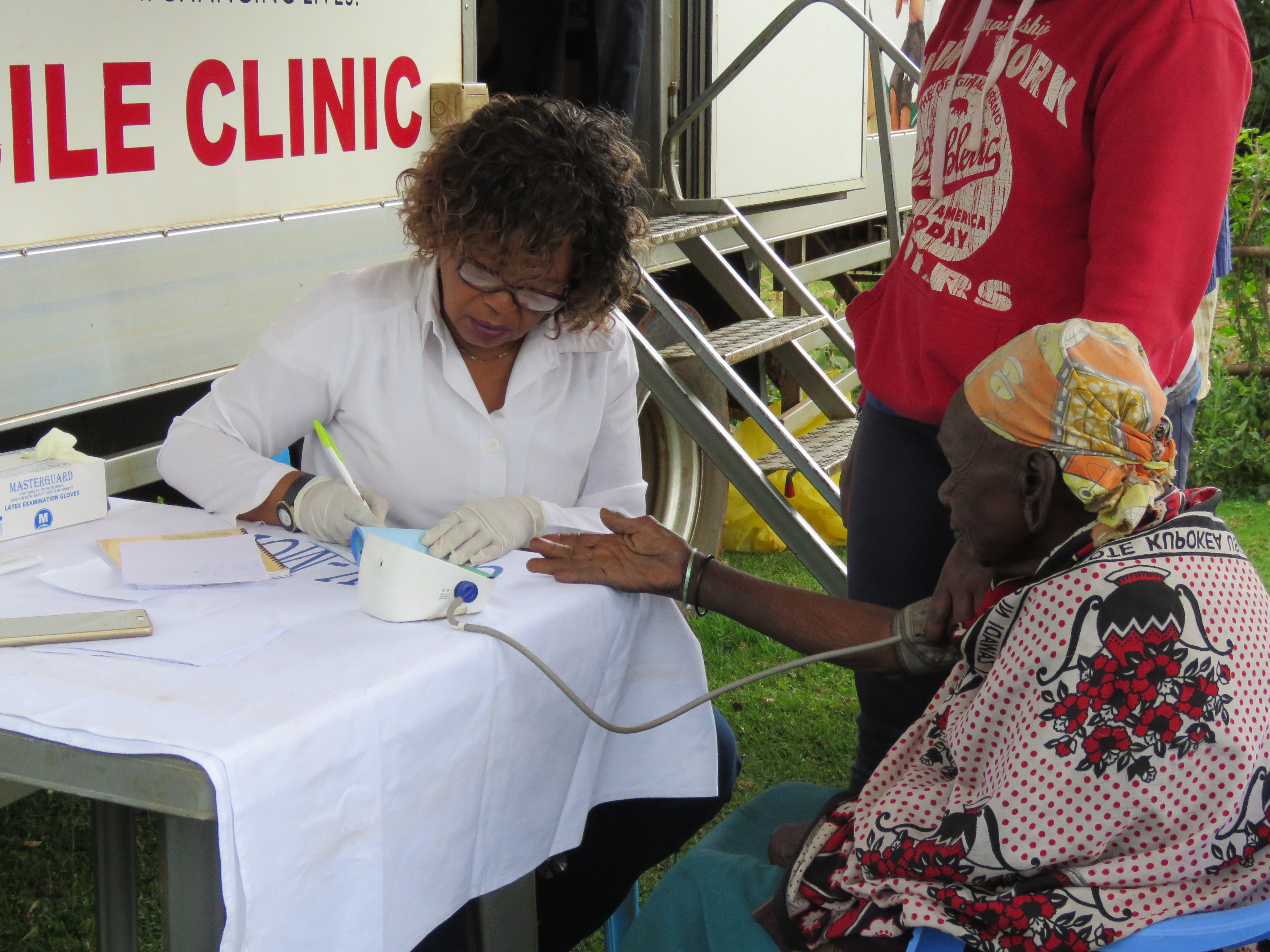 HUNDREDS BENEFIT FROM BEYOND ZERO CAMPAIGN

Universal Health Coverage (UHC), according to the World Health Organization is aimed at ensuring that people from all walks of life get to receive the health services they need without suffering financial hardship. The county government of Nandi seeks to focus on preventable and primary health care whilst reducing high out-of-pocket expenditure for Nandi residents while seeking medical services. Areas of great concern include reproductive, maternal, neonatal, child and adolescent health care.

Hundreds of residents from Simbi location in Emgwen sub-county benefited from health services courtesy of Nandi County Beyond Zero campaign.

The initiative, launched by Margret Kenyatta on January 30, 2014 was organized by the county government of Nandi’s department of health and sanitation with an aim of reaching out to the rural folks.

Speaking during the free medical camp Dr. Clara Isaak, Cuban Family doctor who led the team said that the turn-up was encouraging. She observed that the elderly had turned up in large numbers compared to the youths.

The trend, she said, was encouraging since those attended to by the doctors and nurses were provided with medication.

Mrs Kosgei, a resident of Simbi complimented Beyond Zero campaign saying it had come at the right time and helped residents who were not able to access health services at all since it was free of charge.

Mrs Rachael Rop, County EPI Logistician who was among the nursing personnel during the outreach stated that they had been going round the county especially in the rural areas to reach out to the most vulnerable in society who could not afford to pay for their medication.

She noted that Beyond Zero team will continue visiting residents in Nandi County daily and urged people to show up in large numbers.