The group of reformed alcoholics and brewers who lived by the bottle for years attribute the bountiful harvest to the use of certified seeds and implementation of Farmers Field Schools (FFS) by the Agriculture department in the area.

Success of the harvest attributed to the use of certified seeds and implementation of Farmers Field Schools (FFS) by the Agriculture department.

Hoping to change and encourage some of their neighbours who are still indulging in alcoholism, the group of 25 members are determined to scale up their farming in the next season. 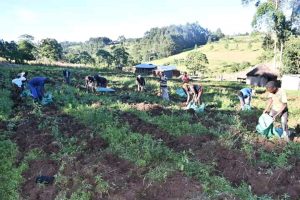 After presenting a proposal for funding, the group was successfully awarded all the necessary farm inputs for Irish potato farming which included;a water pump generator, digital weighing scale, 2 rolls of horse pipes and materials for the construction of a storage facility which is now complete. 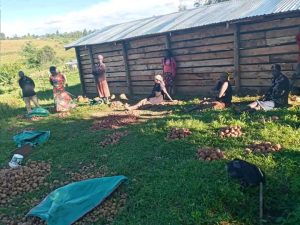