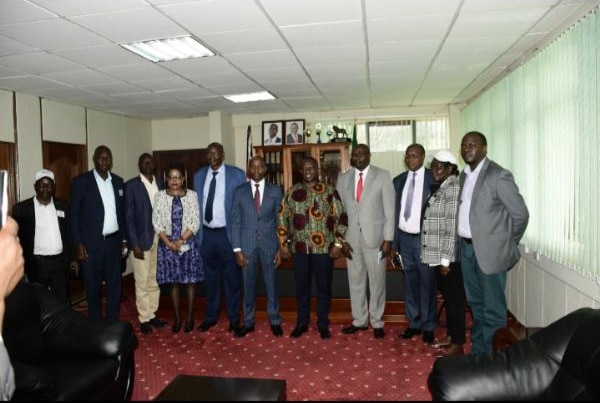 On Thursday, a delegation from Kenya National Chamber of Commerce and Industry (KNCCI), led by the chamber president His Excellency Mr. Richard Ngatia paid a courtesy call to the County Government offices. The engagement follows the previously signed Memorandum of Understanding (MoU) between the Council of Governors and the KNCCI to promote mutual cooperation and understanding between County governments and business communities. Key areas of engagement centered on strengthening investment systems to promote enterprise activities in Nandi.

The delegation led by the Chamber president presided over the official opening of Meswo hospital to a level 4 hospital. Meswo hospital is a beneficiary of the good efforts between the County government of Nandi and KNCCI in advocating for an enabling business environment for both medium and large enterprises in Nandi. 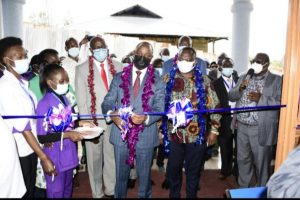 Speaking during the event, Mr. Ngatia highlighted support areas in insurance policy systems and capital facilitation, which the chamber has engaged in to further good supports structures for business.  He urged the business community in Nandi to take up these opportunities to protect and improve their businesses.

CECM Finance and Economic Planning CPA Alfred Lagat was optimistic that the collaboration between the County government and KNCCI will provide substantial solutions to operational challenges, the business community faces more so on issuing licenses and infrastructural deficiencies. 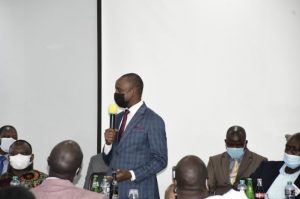 CECM Trade, Investment and Industrialization Mr. Jacob Tanui on his part, highlighted the structural improvements in need of nourishment, to facilitate the interests of SMEs in Nandi. He assured the business community of the County Government of Nandi support and interest to engage with partners, who will work to ensure enterprises in Nandi are well sustained. He also stated that the two partners will work to resolve enterprise challenges caused by the Covid 19pandemic. 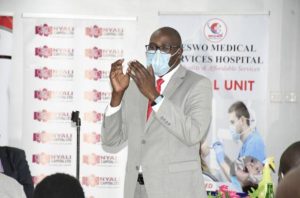 The event was graced by KNCCI Nandi chapter members together with other business persons.

A member of KNCCI Nandi chapter during the interactive session.