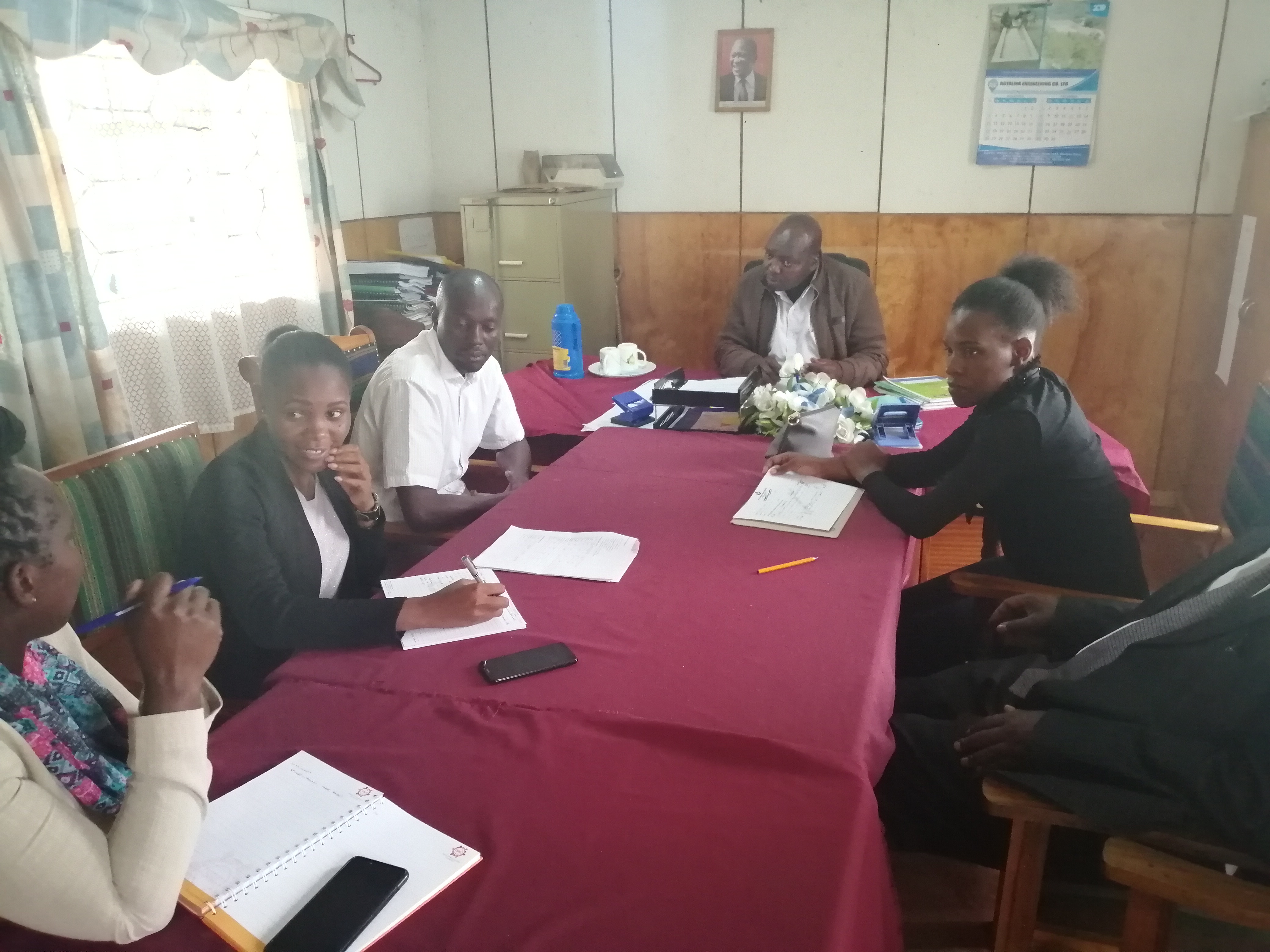 Lake Victoria North Water Works Development officials visited the county water offices to know the status of Ratinwet – Chemundu project, in Chemundu sub County. The officers were conducting a visibility study and a detailed survey of the said project.
Ratinwet – Chemundu Community Water source is located in Chemundu, 100metres from the tarmac road. The land was donated by the family who initially owned the land for development of the project. The project will serve institutions and house holds around which include the county commissioner’s office, Chemundu polytechnic, Chemundu High school and primary. A tank will be built at the commissioner’s office as its the highest point and water will be pumped using solar energy.
The officials met county water director Richard Lelei and Chemundu water engineer where they deliberated on how the project will be done with each giving views that will ensure a project that will serve Chemundu residents. The officials later visited the water source which produces 5m cubic of water per hour.