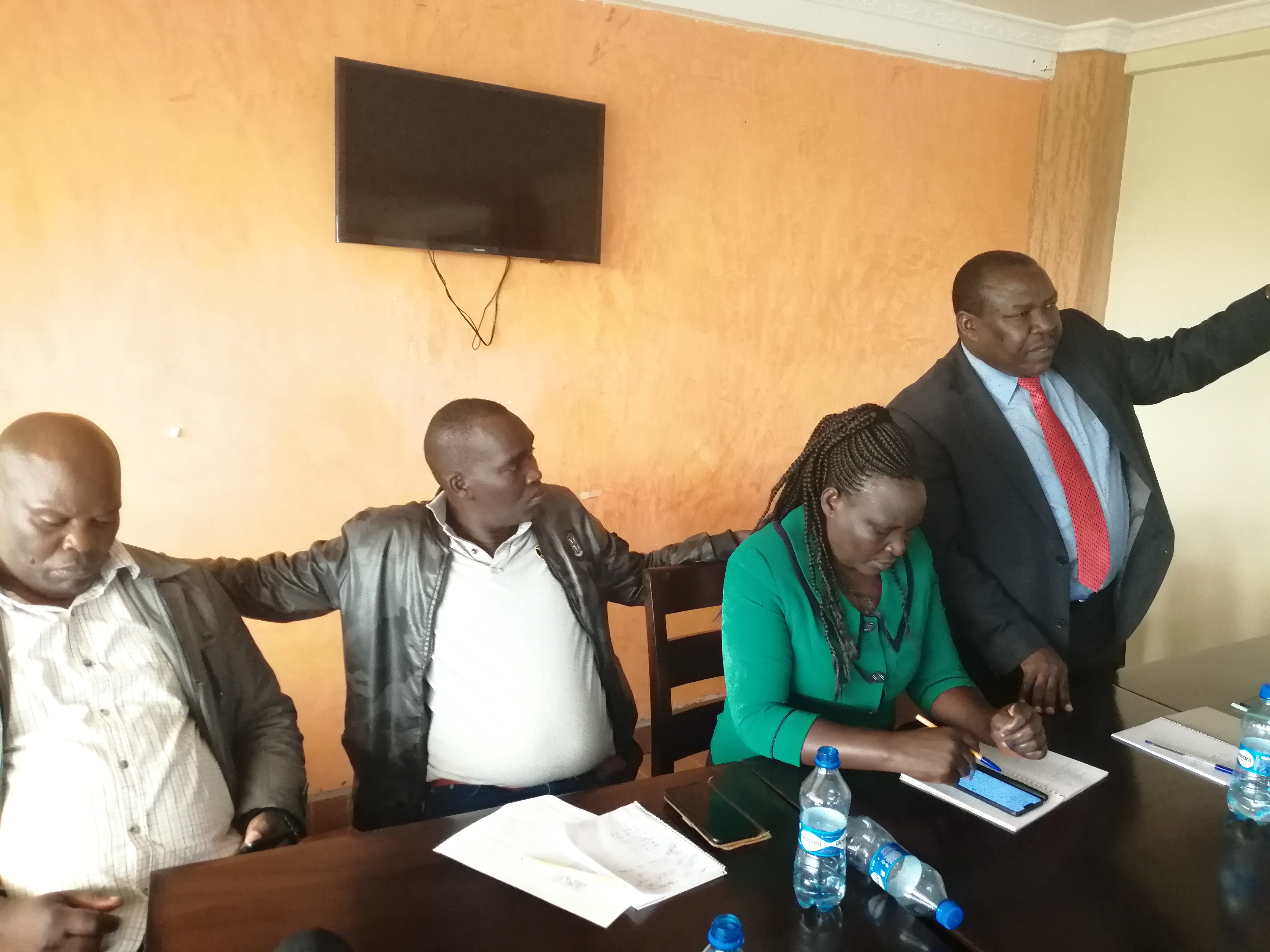 MCA dialogue with the department of Water and Sanitation to unravel water shortage.

The County Government of Nandi in its quest for alleviating water shortages has today met with the members of the county assembly to give the status of the various projects being done by the government. The department of water staff led by CECM Lands, water and Natural resources Dr Buretti, chief officer water and Natural resources Sally Kemboi and the director Richard Lelei met the MCAs and sub County water officers to dig in the challenges and provide solutions.
Several water projects are complete and operational at the moment. However some are not operational because of challenges that arise after the government has tendered water works in a particular subcounty or ward. Some projects have been completed but lack electricity connection to function. Others have not started due to land issues and politicisation of these projects. Other contractors win these contracts but don’t do it to completion or drag for over a year.
Every challenge has a solution and suggestions were made to solve these. Time lines for completion of projects should strictly be adhered to by the contractors. The MCAs also asked the department to monitor closely these projects. On issues of land, they requested that projects not be marked to be done on private land as this causes stalling of projects. On implementation of these solutions, water projects will be done and completed within the shortest time.
The CECM lands, water and Natural resources Dr Buretti acknowledged the many challenges raised and promised to work on these challenges. He also asked the MCAs and the subcounty water officers to work together with the county water officials to solve the problems. Present were MCAs Eliud Kirongo, Robert Kirwa, Gideon Koech, Geoffrey Kevolwe, Wilson Sang and Jostline Jepnyango representing Kapkangani, Chemundu, NandiHills, Kiptuiya, Chepkumia and Songhor Soba respectively.