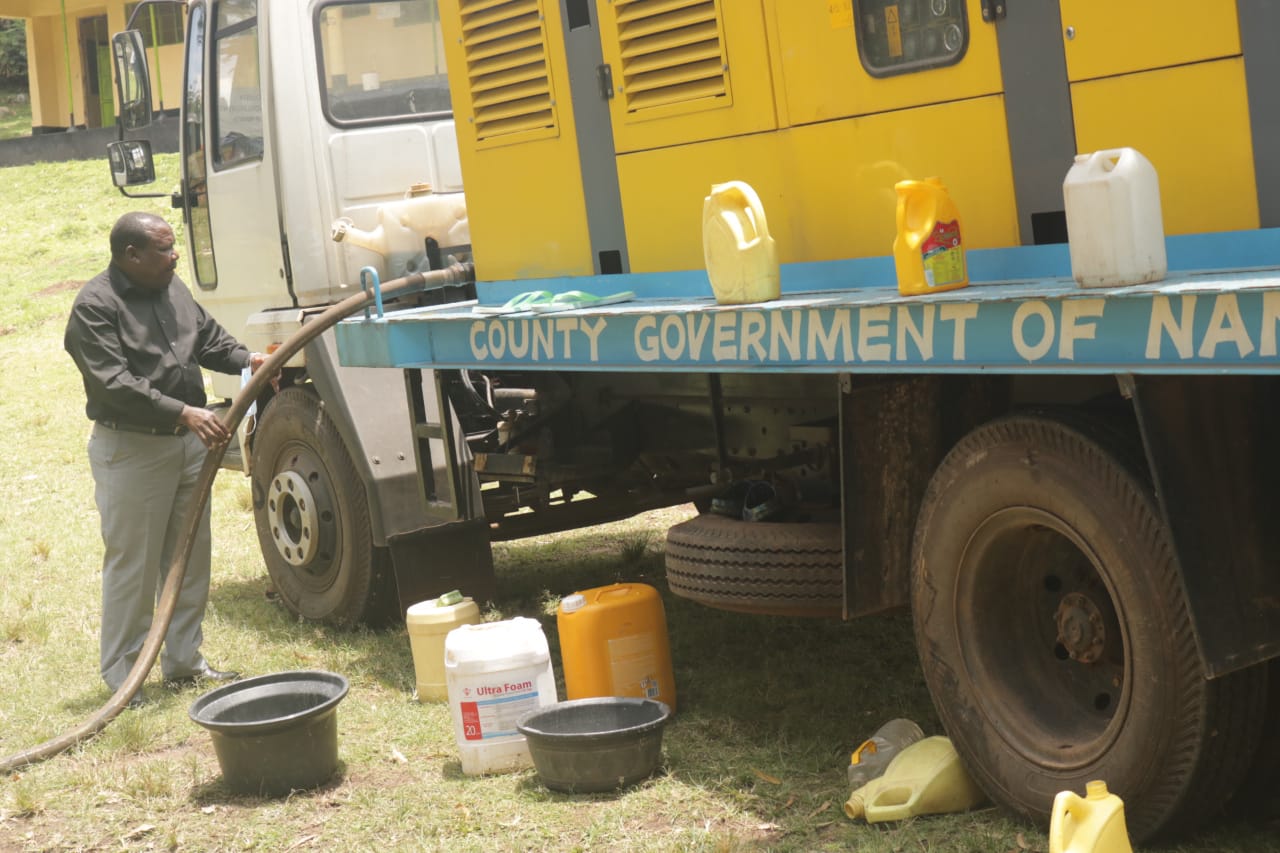 The County Government of Nandi through the Department of Water is keen to provide access to clean and piped water to its residents. Currently four boreholes have been drilled in the financial year 2021/2022. These include Siginwai Primary School in Terik Ward, Aldai Subcounty, Ndubeneti Dispensary, Kilibwoni Ward in Emgwen Subcounty, AIC Kosirai Academy in Kosirai Ward, Chesumei Subcounty and Sigowet Primary School in Tindiret Ward in Tindiret Subcounty.

Speaking during the drilling exercise at Ndubeneti Dispensary, the CECM incharge of Lands, Environment, Water, Natural Resources and Climate Change Dr Philemon Bureti said that the project will serve the nearby school, church and the neighboring community targetting more than 100 households. He added that the department has further identified 8 more sites in different wards where borehole drilling will take place.

Governor Stephen Sang noted that water is a challenge in most parts of the county thus the government intends to ensure every village is connected to clean piped water which shall be achieved by drilling and equipping of boreholes in identified sites across Nandi County.

“We want to make sure that water becomes a priority especially in public institutions such as dispensaries, hospitals and schools. We don’t want to see our school going children carrying cans to go and fetch water from a nearby river. We are putting that to an end.” He added.

The governor made the remarks while overseeing the drilling of a borehole at AIC Kosirai Academy in Kosirai Ward, Chesumei Subcounty.