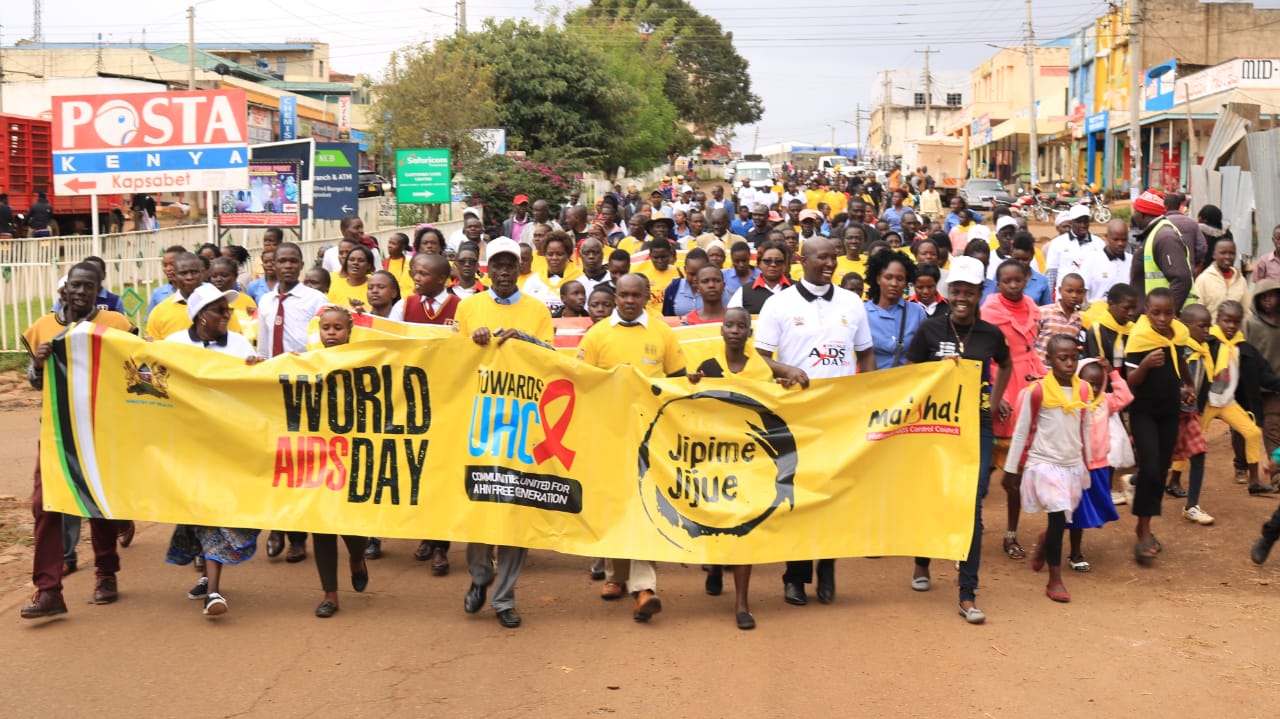 World AIDS Day is marked every year on December 1 Worldwide, in order to raise awareness of the epidemic, encourage progress in prevention, treatment and care of HIV/AIDS, express solidarity and support for people affected by this disease. 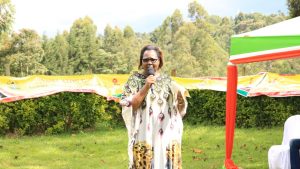 The County Government of Nandi marked the day to reflect on efforts aimed at fighting HIV/Aids and showing support for people living with the disease. 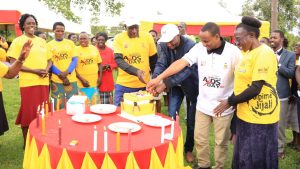 The theme of this year’s global event is recognition of the important role that communities play in responding to the HIV challenge.

The global theme of this year’s World AIDS Day is “communities make the difference” and the national theme in Kenya that is adopted from the global theme is “Towards UHC: Communities united for a HIV free generation”. 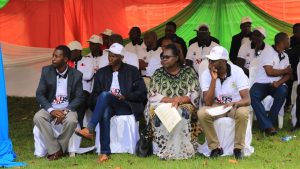 Speaking at the event, the CECM for Administration, Public Service and e-Government Triza Morogo applauded the staunch advocacy of activists, the persistent efforts of health workers, the principled stance of human rights defenders and the courage of all those who have joined forces to fight for global progress against the disease. 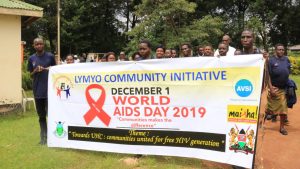 “HIV testing is essential for expanding treatment and ensuring that all people living with HIV can lead healthy and productive lives,” she added. “Access to confidential HIV testing is still an issue of concern. Many people still only get tested after becoming ill and symptomatic,” said Morogo.

Statistics place women aged between 15 and 24 years with the highest risk of contracting HIV besides being a group that constitutes the bulk of new infections. The Kenya HIV 2018 estimates report released by the National Government demonstrates a gradual decline in HIV prevalence, with much remain to be done to halt and reverse HIV infection. 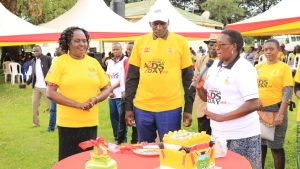 “There’s a slight decrease in new diagnosis in our region due to HIV/STD prevention efforts and increasing access of medical services for people living with HIV and those who are at great risk,” said Mr. Bwalei the County HIV/AIDS Coordinator. 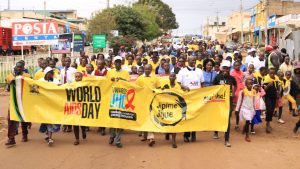 Bwalei further noted the reduction of HIV prevalence from 13% to 2% is a great achievement. As at October 2019, 12,748 people were living with HIV in Nandi. Sadly, this number increases yearly due to diagnosis of new cases, thus placing continuing demands on health and social service systems. Within the County, 165 health facilities provide targeted HIV testing to Antenatal mothers and 36 VCT Centre’s provide voluntary testing services for the general population. Additionally, there are 30 health facilities providing care and treatment for HIV/AIDs and therefore so far 10,707. (adults-10,103 and 604 children) are receiving anti-retroviral medicines.

He added that the greatest achievements made is the self-test kits. 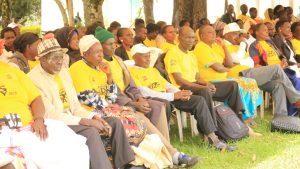 The Director Health Dr. David Bungei said, “We are all affected and infected in a way, we should all come together as a community to ensure and make our County HIV free, because it is possible. Our Department is working towards ensuring that there’s an increased community-based delivery of HIV prevention, testing, treatment and care, which will help shape stronger HIV response and their role is an essential part of the movement towards universal health coverage.”

Kariuki, a Member from National AIDS Control Council (NACC) representative at the event stated that the prevalence rate nationally 1 out of 5 people nationally live with HIV. In this bracket most of the infected are the youth. Among the programs rolled out nationally include working with Teachers Service Commission (TSC) to train teachers in encouraging pupils and students to adhere to there medications and control stigmatization. 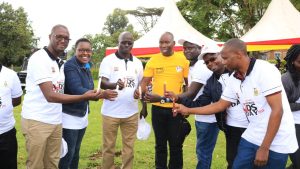