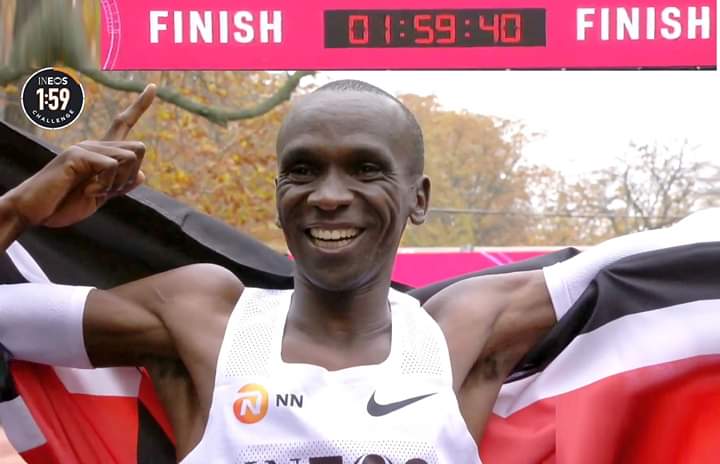 Eliud Kipchoge has made history by becoming the first person to run a gruelling marathon in under two hours. 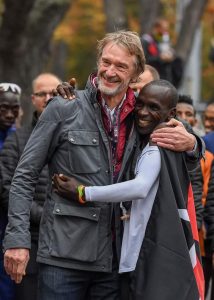 The Kenyan from Nandi County, “The Source of Champions” ran in a once-inconceivable time 1:59:40 to complete the 26.2 mile distance in the fastest time in history. 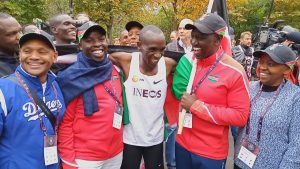 He ran at 13mph and a 1km pace of two-minute 50 seconds – the average speed of traffic in central London is 7mph. 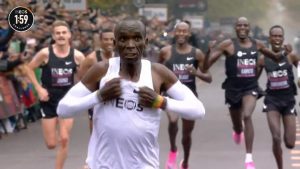 In becoming the first person to cover the marathon distance in less than two hours, Kipchoge, 34, achieved a sports milestone granted almost mythical status in the running world, breaking through a temporal barrier that many would have deemed untouchable only a few years ago. 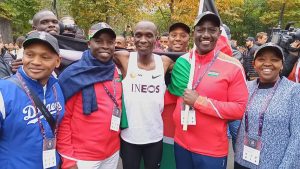 “It’s taken 65 years for a human being to make history in sport – after Ronnie Bannister made history in 1954. I have tried and I got it,” said Kipchoge.

Kipchoge praised all those who supported him through the race, and also his family, who were in the crowd to watch on as Kipchoge broke the two hour mark. 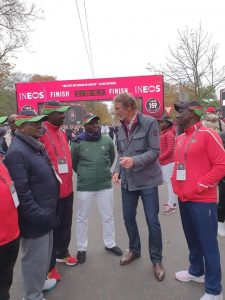 “They (my wife and kids) have given me so much support, I’m happy they came here to witness history,” Kipchoge said at the finish.

“The positivity of sport, I want it to be a clean and interesting sport, wake up early in the morning and run. 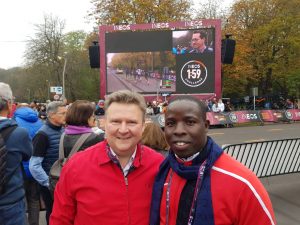 On the sidelines of the Ineos 1:59 Challenge, Nandi Governor Stephen Sang met with Dr. Michael Ludwig, the Mayor and Governor of Vienna. They agreed to build a strong network and partnership for the mutual benefit of both counties.