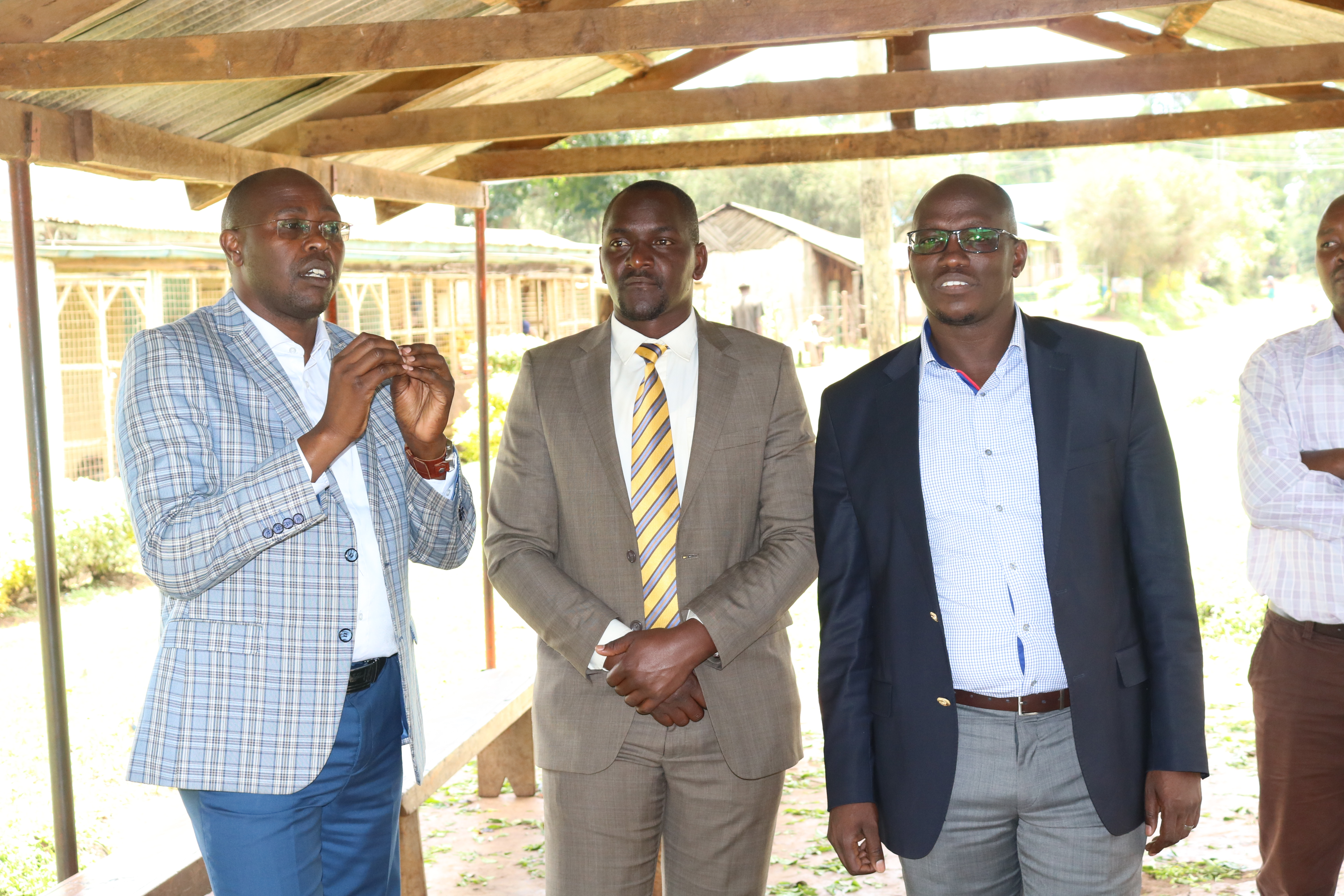 The County Government of Nandi, through donor funding from African Development Bank (ADB), has initiated a water project at a cost of Ksh 600M to end the acute water scarcity in Nandi Hills hospital, dispensaries, schools and homesteads in the region under the Kenya Towns Sustainable Water Supply and Sanitation Program for Nandi Hills Water Supply and Sanitation program. The Project will be expedited and roll out for pre bidding, designing and building works will begin soon.

During a site visit exercise, the CECM in charge of Lands, Environment, Water and Natural Resources Mr. Jacob Tanui, his counterpart for Trade, Investment and Industrialization Dr. Kiplimo Araap Lagat together with Member of County Assembly representing Nandi Hills visited Mokon River where the extraction of piped water will be done before being treated next to Nandi hills forest.

Starting next month, water reserve tanks with a capacity of 1Million liters will be strategically erected at Kosoiywa Secondary School to benefit residents of Nandi Hills and its environs by the use of gravity before another tank is set near George Mutai academy.

Mr. Tanui noted that once the project is completed, the residents of Nandi hills will enjoy piped water in their homes but they will have to pay bills monthly at a fair cost

as soon as the project starts rolling.

A section of Mokon River.

On his part, the CECM Trade Dr. Lagat said that this is one of the flagship projects that will ensure regular supply of clean water to schools, hospitals and homesteads of Nandi Hills residents. He requested the residents to cooperate with the contractor as soon as the laying of pipes commence.

Kosoiywa secondary school was identified as the most ideal position to host the largest reserve tank because of its high altitude that will ensure residents first benefit from the force of gravity before pumping using electricity when the water levels are low.

Kosoywa Secondary School where the 1Million litters tank will be erected