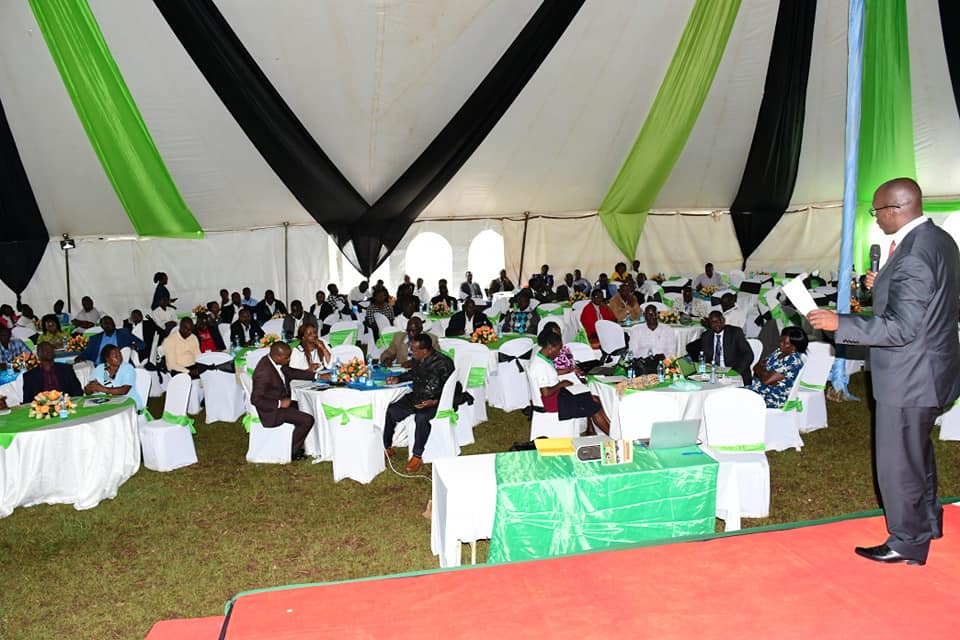 Irish and Sweet potatoes are the second most important food crops after maize in the country poised to significantly contribute to the food security component of the government’s big four agenda.

The demand for both Irish and sweet potatoes is increasing countrywide with entrepreneurs venturing in value addition of the same. Increased production, therefore, presents an opportunity for farmers to improve their food security situation and income from the sales of surplus.

Through the National Agricultural Rural Inclusive Growth Project NARIGP, the County Government of Nandi has identified the Irish Potato value chain as one of the key areas of supporting small scale farmers organized in cooperative societies increase their crop production and profitability.

NARIGP project, which is funded by the World Bank and implemented by the county Government of Nandi aims to help smallholder farmers to increase their household revenue and food security through training on good agricultural practices, facilitating access to affordable certified potato seed and creating linkages with formal and non-formal markets for their produce. The project will also fund proposals along those lines.

It is from this that the project has launched the Nandi Irish Potato Stakeholders Platform in the county bringing together actors representing the Producers, Processors, Government, and Financial Institutions.

Speaking during the launch held at the Kapsabet Agricultural Show Ground, CECM Agriculture Dr. Kiplimo Araap Lagat appreciated the tenets of the project saying that it is designed as a farmers based project whereby farmers receive money and implementing through the Community Driven Development Committees (CDDCs). This he said is in sync with the department’s policy to decentralize and devolve funds and functions in all the projects.