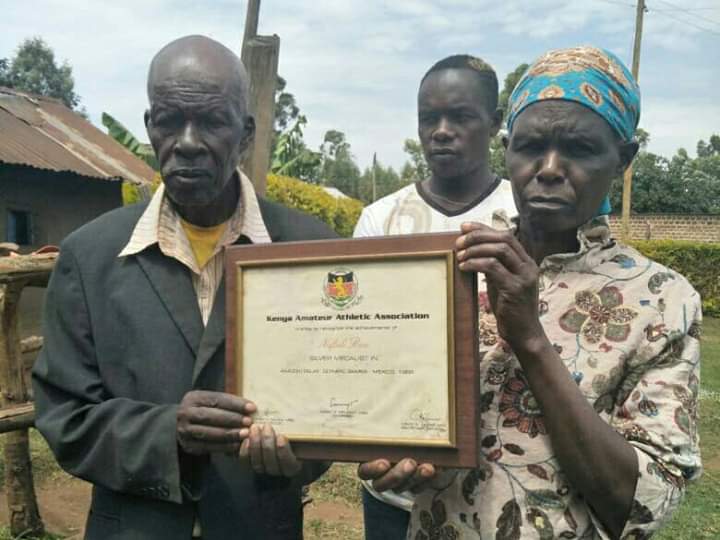 NANDI MOURNS THE PASSING ON OF VETERAN ATHLETE NAFTALI BON

He competed for Kenya in the 1968 Summer Olympics held in Mexico City in the 4 x 400 meters relay where he won the silver medal in a record time of 2:59.6 with his team mates Daniel Rudisha, Munyoro Nyamau and Charles Asati. He shares the cover of the September 1969 issue of Track and Field News with Kipchoge Keino.

The bronze was won by Naftali Temu (5000 metres) and Philip Waruinge in boxing under the featherweight category.

Until his death, he was a resident of Kapng’etuny village, Chesumei Sub County in Nandi County. The CEC for Sports Elly Kurgat and the entire County department of Sport, Arts and Youth Affairs extends deepest condolences to the family of the late Naftali Bon, whose assiduousness contributed to the development of athletics in Nandi.