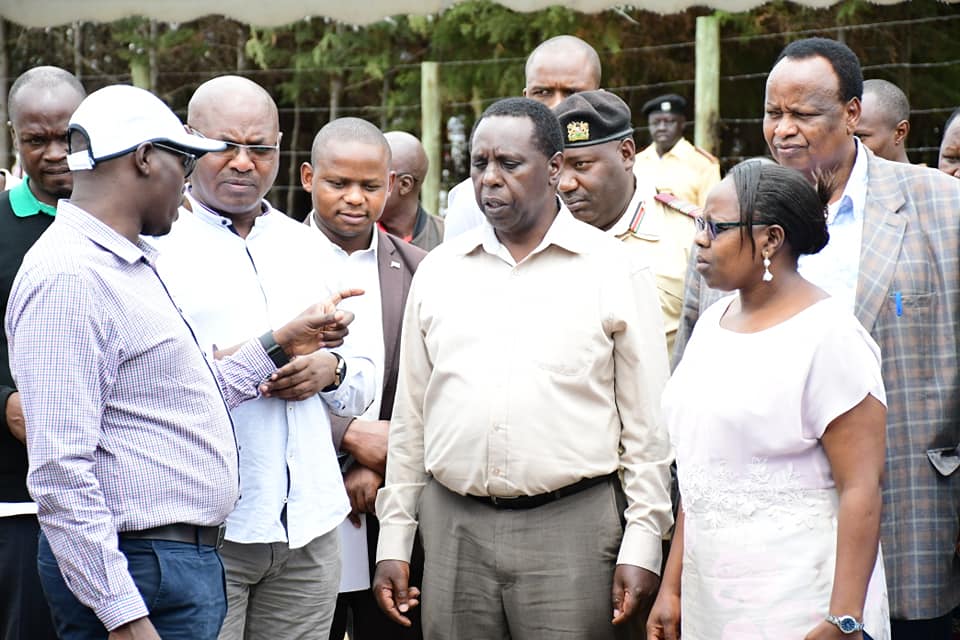 NANDI TO GET AN ADDITIONAL Ksh 24,000,000 THROUGH THE SDCP PRORAMME

The NSC was in the county to assess on the status of various projects that is being jointly implemented by the National and County Governments.

During the visit, the two tiers of government had an opportunity to put their heads together and deliberate on the perpetuity of the programme once SDCP exit the stage and hand over to the County Government.

The visit was meant to assess the implementation status of the SDCP with the team visiting Lessos Farmers’ Cooperative Society who have benefited from the programme support of two milk bulk coolers worth Ksh 1,000,000 for ICT.

The team also visited dairy youth farmers Mr. & Mrs. Ng’etich and Mr. & Mrs. Kiprono at their farms in Nandi Hills. The group then highlighted the achievements they have received through the grant support by the programme to purchase a feed hammer mill worth Ksh. 240,000. While there, the PS handed over livestock registration certificates from Kenya Livestock Breeders Organization (KLBO) to five members of the group and thanked them for embracing the concept of value addition in dairy cows.

Through its department of Agriculture, the County Government of Nandi is very keen on growing the dairy sector and has greatly invested in the dairy value chain.

To show the County Government’s commitment, the department is establishing Nandi Cooperative Creameries (NCC) in Kabiyet, intensifying AI Subsidy Programme across the county as well as setting up 30 milk cooler structures among many other interventions that are geared towards commercializing and transforming the dairy sector.

Feed hammer mill worth Ksh. 240,000 by the County Government through the SDCP Programme.

Nandi County is among nine other counties that include Bomet, Kakamega, Bungoma, Trans Nzoia, Kisii, Nyamira, Uasin Gishu and Nakuru Counties which are implementing the program. During his visit, the Principal Secretary announced that Nandi will get an additional of Ksh24,000,000 in the F/Y 2018/19 through the program.