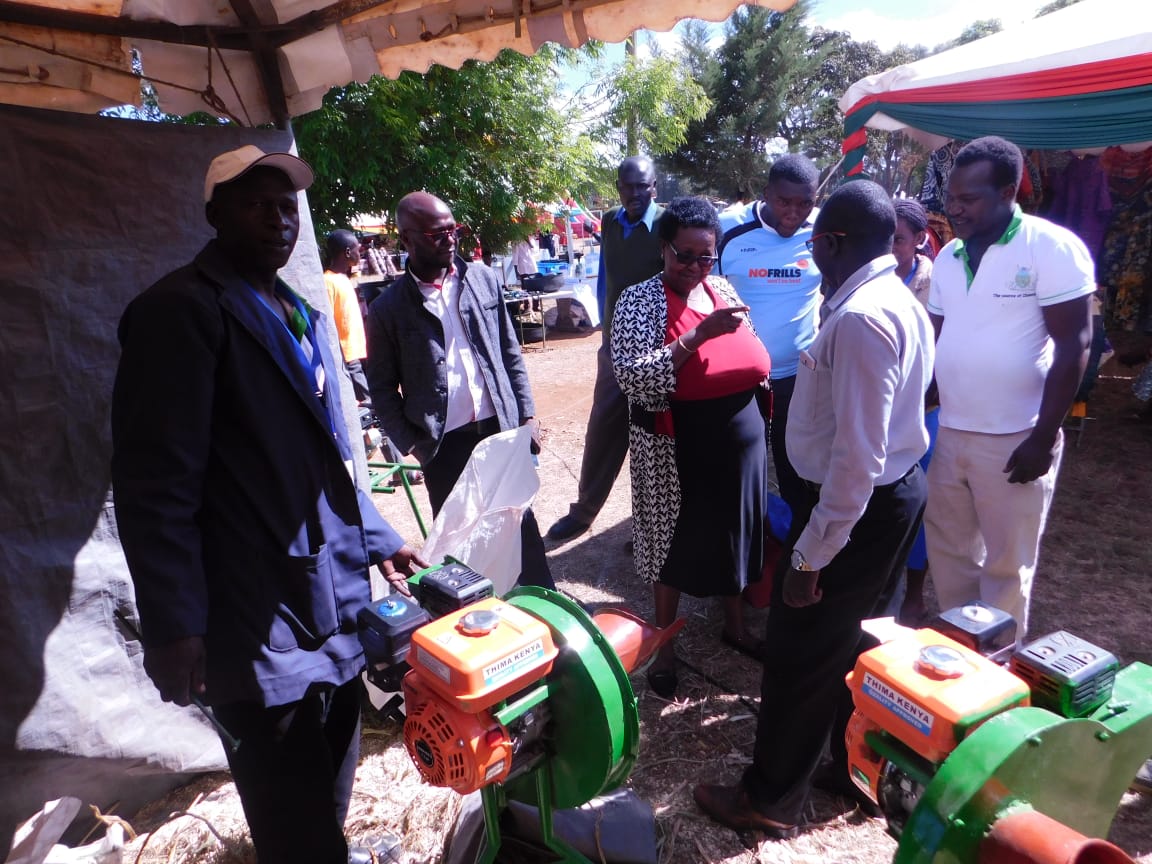 Nandi County is sponsoring 22 Exhibitors to participate in the ongoing 19th edition of EAC Jua Kali/Nguvu Kazi in Eldoret.

The 22 Exhibitors drawn from the County are show casing products locally made by players in the Jua Kali industry in Nandi which according to statistics contributes up to 15 percent of the County’s Own Source revenue.
The exhibitions brings together MSME’s from the six EAC Countries where a total of 1436 exhibitors took part.

Alongside the exhibition, the exhibitors also attended symposium where various topics such as Cross border Trade, Elements of illicit trade, Benefits and opportunities of MSME’s in EAC, and EAC rules of origin were discussed.
Traders were also trained on protecting their products against counterfeits.
The Cabinet Secretary for Trade and East African Community Affairs Peter Munya pledged for the revision of relationship between Kenya Bureau Standards and the Jua kali sector so that the sectors’ products can be standardized amicably by the standards body.
Munya added that the government will create an office that deals specifically with the Jua Kali sector within KEBs.

The exhibition is an annual event by the member states in close collaboration with the Confederation of Informal Sector Organizations – East Africa (CISO-EA) and the EAC Secretariat.
Since its inception 18 years ago, the event has been held on a rotational basis in the 5 EAC Member States with the aim of enhancing Regional Integration through promotion and marketing of Micro Small and Medium Enterprises (MSMEs) sector products and services.
The event provided a platform for enhancing marketing linkages for MSME sector products and services within the region so as to enable them access the existing regional market which has a population of over 150 million people.
The 8-days exhibition was attended by dignitaries and guests from 5 countries of East Africa including Cabinet secretaries, Ministers, PS, Senators, Governors and the Deputy president H. E William Rutto.
The exhibitors got to sell their products, which ranged from Value added products, machinery, textile, art and crafts,bead works amongst many other jua kali products.
The East Africa Community will commemorate 20 years of this exhibitions next year in Arusha Tanzania amid proposals that will possibly change the name to East Africa Small, Medium and Micro Enterprises Exhibitions.