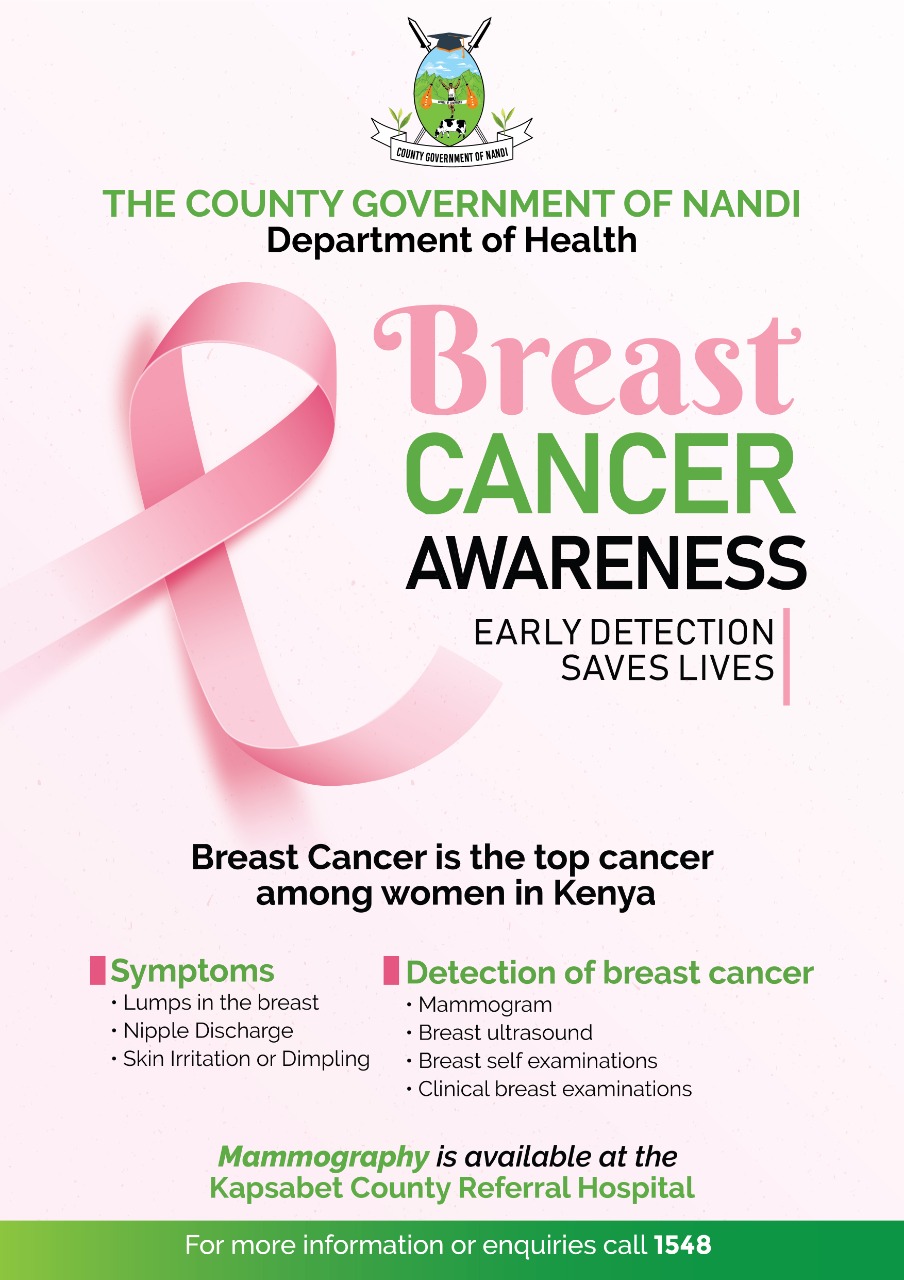 Nandi County Chief Officer for Health Dr. Paul Lagat has urged residents in the county to go for cancer screening as early detection will lead to reduced cost of treatment.

Speaking in Kapsabet, Dr. Lagat said that cancer has been claiming a lot of lives lately and early screening can be a solution to saving many lives.

He urged women to go for cervical and breast cancer screening and men for breast and prostate cancer check-ups at the Kapsabet County Referral Hospital.

Dr. Lagat said breast and cervical cancer are on the rise and people should not sit back and wait for disaster to strike.

He also urged residents to observe better lifestyles to avert the increase of cancer cases.

The Chief Officer said that the department of Health has realized that most residents lack knowledge about cancer and most don’t know that it can be treated. As a result, he added, most people only show up in the hospital at a later stage of the disease. He said to reduce the rate of women dying of breast cancer, screening is paramount. He added that the department of health is engaged on educating Nandi residents so as to increase awareness and promote early detection.

On his part, Patrick Kenei, an oncologist at Kapsabet County Referral Hospital, revealed that cancers can be treated if detected in its early stages. He called on women to always palpate their breast seven days before and after their menstrual period. He said in case of any abnormality the woman should report to the hospital. He disclosed that breast cancer can present itself through lumps in the breast, abnormal secretion from the nipple, hard and painful breast, just to name a few. Kenei also used the opportunity to enlighten women about cervical cancer which he says kills faster. According to the oncologist, it was high time for the residents of Nandi County to come out in their numbers to Kapsabet County Referral Hospital for screening to reduce the prevalence rate.