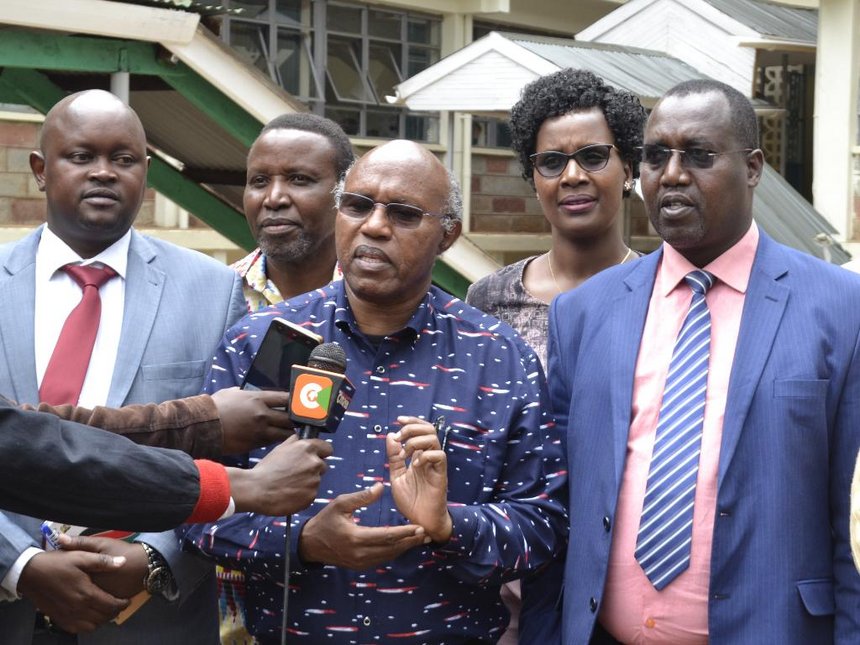 The PS also visited the stalled county government office building where he checked on its state and recommended for further inspection by the engineers from the National government’s ministry of public works.
These engineers are expected within the next two weeks where after the inspection they will give a way forward on the progress of the building.
Among other projects visited by the PS include Aldai and Tinderet sub county commissioner’s offices, Meteitei Boys and Taachasis Girls high school for inspection of ongoing government projects. The County Government of Nandi is appreciating the good relationship with the national government and is working together to ensure all projects are well implemented and completed for the betterment of its citizens.

Realization of efficient and affordable housing as one of the pillar in the Big four agenda will create more job opportunities to our youth’s and county residence.
Housing has been a challenge in every part of the country thus the county of government of Nandi is working with the National government to ensure that there is sufficient housing.