On Thursday, Nandi Dairy Co-operative Union officials convened to a consultative joint meeting with the directorate of co-operative development.The agenda was to equip the union officials with co-operative compliance acts, governance structures and legislation framework which guides the management and operations of the union.

While officially opening the consultation, the chief officer co-operative development, Dr. Benadatte Tiony affirmed on the importance of the governing body to have a well comprehensible grasp of knowledge base compliant management skill set to inform on matters that influence the interwebs of managing the operations that impacts the shared interests of dairy farmers.

“For successful attainment of the union mandate, compliance to co-operative act, the co-operative rules and by-laws cannot be understated.” She said.

She emphasized that the above mentioned set of procedures protects the objective of the union and was structured to support an integrate, transparent, easy and efficient way of doing business in a co-operative set of operations.

She further mentioned that in gear of full operations upon launch of the farmer owned milk processing plant in Kabiyet, the union need to be set to run the enterprise efficiently to ensure sustainable and profitable production.

Dr. Benadatte further affirmed the County Government commitment to ensure the union is well furnished with all the necessities required till it runs independently with all factors of governance in check.

“The department of Agriculture and Co-operative Development shall stick to its task as a regulator in its mandate of governship to inform and guide the union in areas of management, governance, leadership, financial requisites and compliance measures in informing the interests of the dairy cooperators in Nandi and to further the dairy sector into a full blown profitable venture.”

She urged the team to take the project at heart as a service to the society and the generations to come.

“As County Government, we appreciate the efforts and commitment of everyone’s insights and contributions in making the vision of Nandi, that has been upheld for long to fruition as it now boasts of having its first farmer owned dairy processing facility, a complement to the vibrancy of the dairy sector in Nandi which was championed by the coming together of farmer shared interests channeled and powered through farmer co-operative societies.”

The consultative meeting was a start of many conversations that sets the stage for the Nandi dairy co-operative sector to analyze and review policies, structures and set position and priorities that influence the dairy sector in Nandi in a democratic process. This ensures that the collaborative approach co-operative societies is built on is relevant, effective and in line with the collective interests and concerns of dairy farmers in Nandi; the very foundation of the union credibility and profitable influence in the economies of dairy business in Nandi. 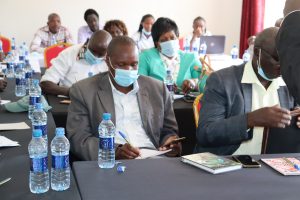 During the session, attendees heard from director co-operative development, Mr. Stalin Koech on the importance of an accountable management as a measure of the efficiency of doing business.

“I urge you as an official to understand that you take on the representation of interests of a small scale dairy farmer who has put all his trust onto the union to advocate for the economic interests and reward to the efforts incured into the venture. Do not let the farmer down.”

Director livestock and animal health, Dr. Samson Rono echoed the sentiments of the progress the dairy sector in Nandi is taking towards commercialization. He reteriated that for business to be of value, capacity building is necessary as an informant of efficiency of doing business. Co-operative Officers present represented by Mr. Paul Born educated the union officials on the key base of management and the governing structures and policies in its subsequents namely bylaws, co-operative societies act, public procurement and disposal act, employment act,companies act, co-operative rules and tribunals among other areas of interest. 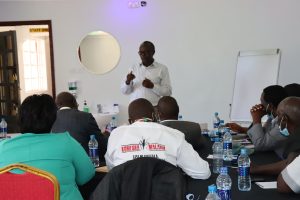 From the county legal office, Mr. Hawi shared insights and clarified on matters concerning the memorandum of understanding among financial partners involved in the union projects. 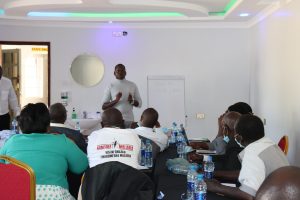 Also present were the dairy value chain officers who are the fore front go to personnel and liaisons of the county government and the union to inform on concerns,processes and procedures concerning their operations. The chairman of the union, Dr. Abraham Rugut appreciated the support of the County Government and assured that the team will be of service to the interests of its representation. He urged the participants to be good ambassadors of the objectives of the union while he assured that his team will work on strengthening its compliance mandate for the good of all the dairy co-operative societies affiliated with the union. 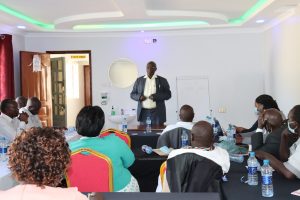