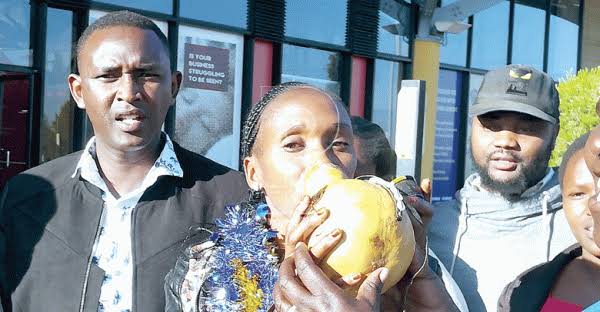 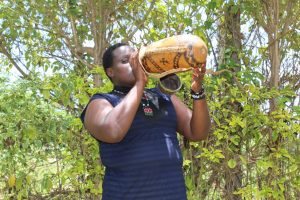 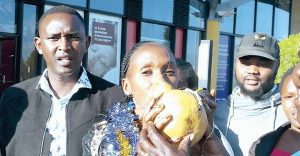 TRADITIONAL FOOD IN NANDI COMMUNITY.
The Nandi are part of Kalenjin ethnic group found in East Africa. They traditionally lived and
form majority in highland areas of the former Rift Valley province in what is today Nandi
County. They speak the Nandi Dialect.
Ugali ; a meal made of cornmeal, millet or sorghum is Nandi staple food and they also cook
vegetable such as ‘’ isakiat’’, ‘’sochot’’ ,’’ chepkarta’’ to serve with ugali.
Nandi favorite meat is roasted goat meat , beef or chicken/while their popular beverage is
‘’mursik’’ , a fermented whole milk that is stored in special gourd (sotet) prepared using itet
(selected stick).
‘’Sotet’’ is the Heart of kalenjin community especially the Nandi sub tribe and to preserve their
culture they use it to serve their fresh milk (keanik) and mursik. Mursik is a traditional milk that
is an integral part of the Nandi culture and heritage. Mursik started way back more than 300
years old as a way of preserving milk.
‘’Mursik’’ is traditional fermented milk made from cow or goat milk and is fermented in a
specially made calabash (sotet). The sotet is lined with soot from specific trees (itet) which is
burnt and inserted inside to give an appealing taste ready to be served when chilled with ugali.
‘’The Nandi people believed that the burning stick (itet) added to the milk strengthens the
bones and is one of the reason why the community feeds to their local runners.This has been
taken to be a secret behind the endurance and their speed.
Mursik is also used in feeding breastfeeding mothers as it is believed to restore energy in the
body of the mothers and infants.
The Nandi people also believe that Mursik is used to restore lost appetite especially among the
sick persons and in the provision of body building substances that help the person to get back
to normal condition.
Mursik contains fewer calories or fats makes one physically fit.this add to the secret behind the
common appearance of the majority being slender.
Department of Tourism Culture and Social welfare promotes indigenous culture of Nandi by
letting the whole World Learn about our Tradition and the ‘’Sotet’’ brands the County as it is
part of the logo of County Government of Nandi.
Mursik has been embraced for years by the Nandi Community and it has been used as a form
of identity in cultural events and athletic championships. Culture story…..