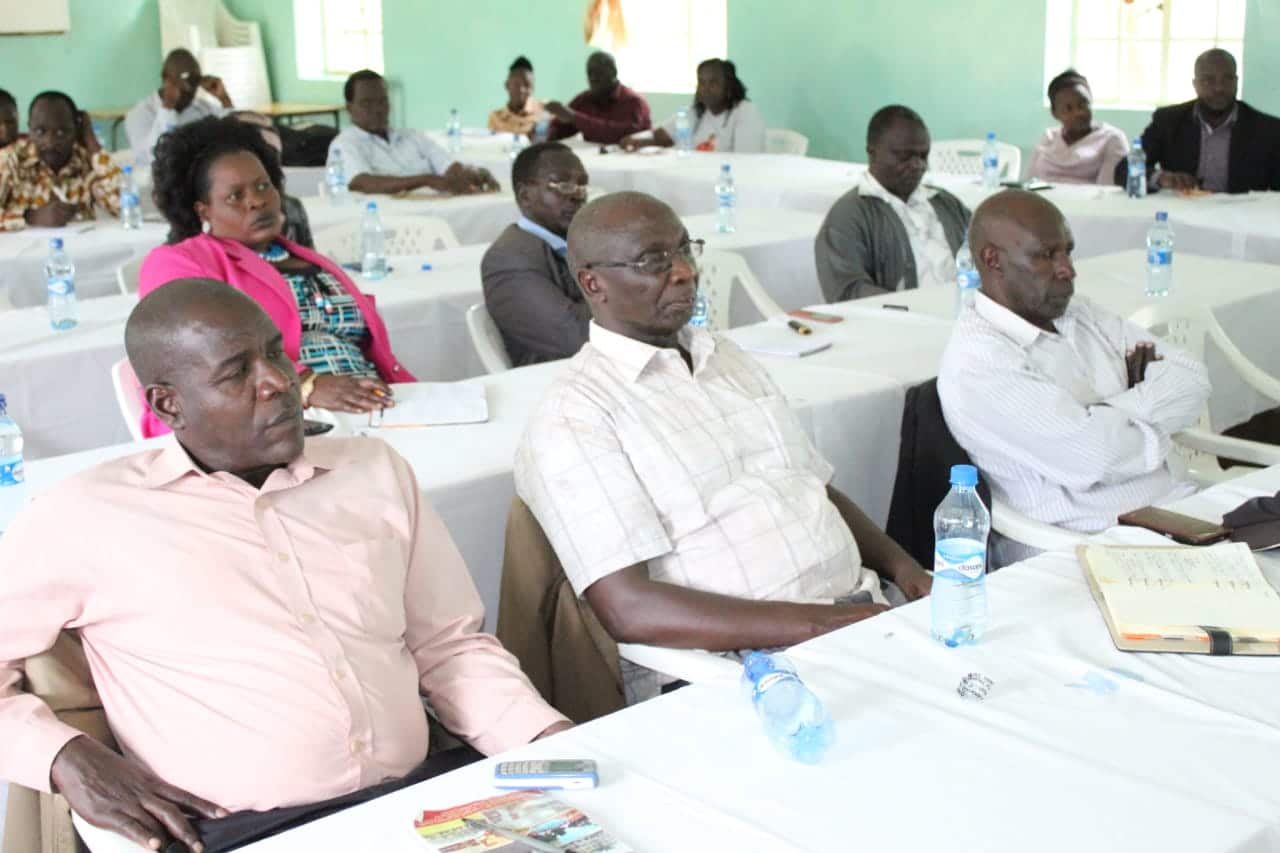 Dairy farming in Kenya has experienced major improvements over the year as more farmers have realized the importance of looking for better ways to improve their skills and yields. Most farmers who have ventured into this business with high aspirations and relentless drive to see their goals through to the end have recorded massive success since the demand of milk and dairy product is always high. It is even more profitable for those who have been able to add value to their products.

The County Government of Nandi through the Department of Agriculture and Cooperative Development held a workshop with representatives drawn from Nandi County Dairy Farmers Cooperative Union and Kenya Dairy Board to discuss on validation of Dairy strategic plan.

The one day workshop was aimed at getting participants validate the draft dairy strategic plan. This was the final in a series of meetings that have been held which include collection of data at ward level, analysing of the data by dairy stakeholders and validating it. This is to deliberate on the data that will inform the strategies to be adopted by the county in developing the dairy industry.

Dairy Strategic Planning is the management process to creating and executing long term goals and strategy which may also extend to control mechanisms for guiding the implementation of strategy in the dairy sector. With an estimated 5 billion litres of milk produced yearly in the country, Kenya’s dairy industry is one of the largest and sophisticated in Africa. With consumers appreciating the nutritional value of milk, the dairy industry has continuously played a vital role not only in the economy but on the general well-being of Kenya’s population.

The Department of Agriculture and Cooperative Development announced plans to set up a Sh300 million milk processing factory. The move will ensure farmers have a ready market for their produce and help improve the region’s economy. Sh135 million would be invested in improving and expanding the dairy sector while Sh115 million would go towards building the modern milk plant.

Chief Officer for Agriculture Wilson Lelei said the government is into dairy sector and wants to see the dairy sector revived and standing on its feet. He added that his department is offering heifer development, breeding programme, disease control and subsidized AI services; some 45 veterinary extension officers have already been hired to support dairy farmers in the county’s 30 wards. At least 60 cattle dips have been renovated and are operational while another 30 would be revamped this year to curb livestock diseases.

Chief Officer for Cooperative Development Dr. Bernadette Tiony who was also present said that her unit has invested in the dairy value chain saying that one of strategies that will improve milk production is the ongoing installation of milk coolers in all wards.

Currently, dairy industry contributes to 6% – 8% of Kenya’s GDP by virtue of the industry accounting for 14% of agricultural GDP, it has generated upwards of 1 million jobs at farm level, an estimated 500,000 jobs in direct waged employment and an additional 750,000 jobs in support services. The dairy industry thus contributes about USD 2 billion to Kenya’s GDP where stakeholders include farmers, traders, vendors, collection centres, processors and retailers.