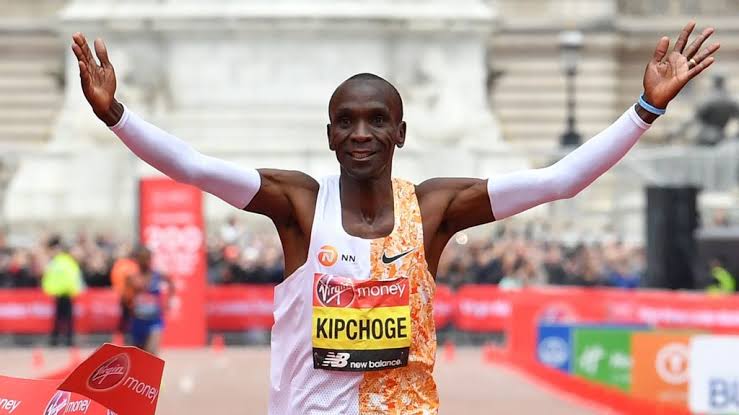 Nandi County’s Eliud Kipchoge ran the second fastest marathon in history to win the London Marathon for a fourth time in five years with another supreme run.

Kipchoge, who broke the world record in Berlin last year, stormed to victory 02:02.37.

The rest of the field simply couldn’t handle the pace as Kipchoge put his foot down at the halfway mark and then again with just over a mile left to run. 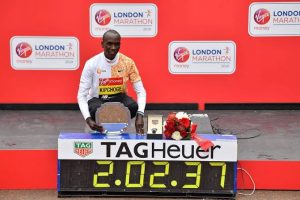 His time was slightly off his own world record pace of 2:01.39 which he set at the Berlin Marathon in 2018.

“I’m happy to win on the streets of London for the fourth time and to make history,” Kipchoge said.

Asked about his next race, he said: “As usual, I do not chase two rabbits; I only chase one and that was London. I have caught that rabbit so I will discuss with my team what follows. The second option is still open,” Kipchoge said.

“Congratulations to Eliud and the better man won today. He is a very special athlete and he is humble,” Farah said.

“If Eliud can run those sort of times it just gives us another level of possibility. It’s a different mindset chasing someone and it takes the pressure off me,” added Mo Farah.

In the Women’s race, Brigid Jepchirchir Kosgei was the clear winner of the women’s race after dominating the field with a phenomenal run.

It is the Kenyan’s first win in the London Marathon and she crossed the line over a minute ahead of Vivian Cheruiyot.