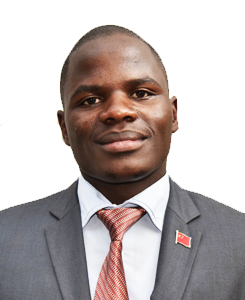 He holds a Bachelor’s Degree in from Moi University.

During his stay at Celtel Kenya LTD, now Airtel Kenya, Ligaga worked as a Sales Agent.

He has also worked with Pioneer Assurance Company, Kisumu as a Sales Executive.

During the laying down of pipes for the Nandi County (Koibarak) water project, Ligaga worked as a supervisor.

Ligaga has a passion for soccer and handball and this is evident given that he was the soccer girls’ team and handball boys’ team coach at Lusengeli secondary school.

Additionally, he has previously as a reporter at the Kaimosi Union of Journalists (KUJ).